This is the last weekend of the season, as three rounds were scheduled for this weekend. The first one, played today, is already over, and the favorite team of Baden-Baden has already secured first place in the standings. 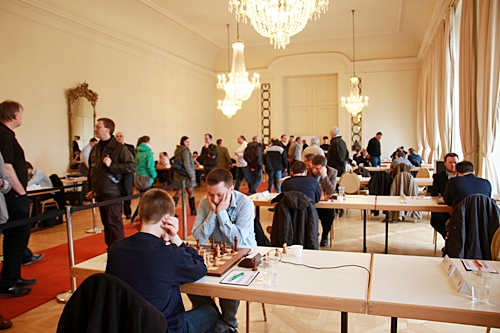 The beautiful Schwetzingen Palace is the playing hall this weekend

Baden-Baden played against SG Trier and tried to avoid any surprises by showing some solid chess in most of the boards. The first five match-ups finished in draws, but the favorites squeezed two victories in boards 5 and 8 to get a 5-3 winning score.

Peter Heine Nielsen defeated Hungarian IM Miklos Galyas with the white pieces in a very complicated game where the decisive mistake by Galyas came just before the time control.

Baden-Baden’s strength is shown by the fact that they can get a 400-rating difference on the last board. This time, GM Phillip Schlosser (2579) defeated Lev Yankelevich (2178) to secure overall first place for the team. 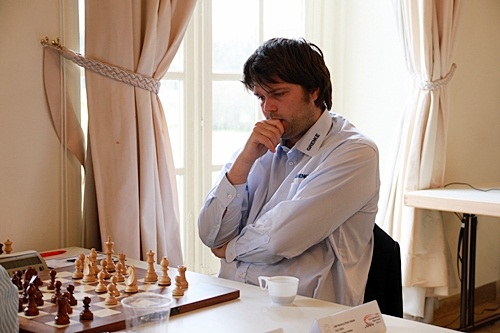