The logo for the upcoming 42nd Chess Olympiad was presented during the closing ceremony of the 2015 FIDE World Cup.

Mahir Mamedov, the director of the Baku Chess Olympiad and the World Cup Organizing Committee, said that around 175 countries and 2000 players will participate in the event. Overall, more than 3000 guests will come to Baku for the Chess Olympiad 2016.

Mahir Mamedov expressed confidence in the successful organization of the Baku Chess Olympiad 2016 at the highest level.

The President of Azerbaijan Chess Federation, Elman Rustamov, said that the upcoming Chess Olympiad will be a unique experience. 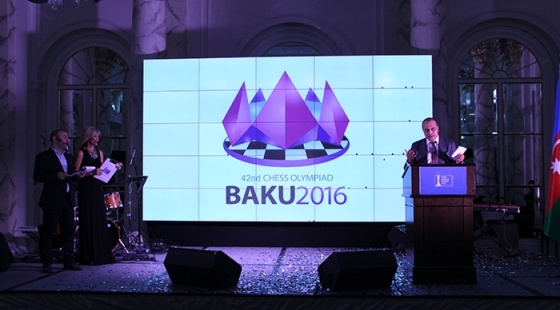