Competitive chess has become all work and discipline. We have anti-cheating, anti-doping and zero tolerance. Opening theory doesn’t stand still for a single day. It has become the norm that right after a round preparations start for the next. Where’s the fun, asks chess journalist and organizer Stefan Loeffler.

One event he fondly remembers is San Sebastian 2011/12, where Basque Chess, an invention by Grandmaster Felix Izeta, was introduced.

You play two games against the same opponent, one with white and one with black, but at the same time. This cuts out the colour advantage or disadvantage, and it reduces the idle time of waiting for your opponent’s moves. Virtually all participants liked and praised the format back then. Yet you cannot find tournaments for Basque Chess.

The Chess4Fun-Festival provides a rare opportunity. It starts with a Basque Chess rapid to get used to the format, followed by five daily rounds (5-9 October). 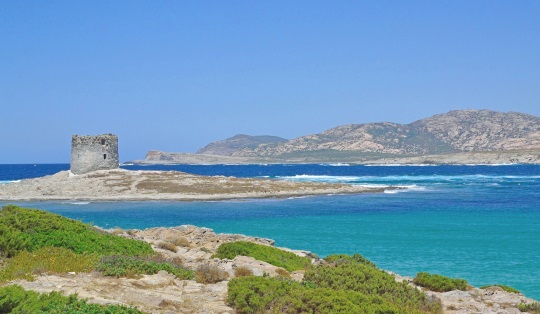 A guaranteed €1000 first prize makes sure that strong amateurs will show up. The festival also sports a Chess960 rapid (11 October) and nightly chess variety action, including a bughouse tournament where you can qualify for a high stakes final on 16 November in Milan http://tourbillongame.com/.

It sounds like total chess, but the program also leaves amble time for socializing and activities: A cocktail party, a Sardinian night and an excursion to a marvelous nearby island are also on the plate. Plus random Swiss pairings will be announced right before the rounds.

The Club Hotel Ancora in the pretty Sardinian resort village of Stintino provides the unique setting. Games will be played under shady palm trees, unless heat or storm enforce the use of the climatized hall.

The hotel has its own beach (the sea temperature is expected to be 23-24 grades) and sea-water pool (25-26 grades). The famous La Pelosa beach is just a ten minutes stroll away and virtually all yours in October.

Accommodation with full board at this perfectly sized, family friendly boutique hotel costs less than half as in burning August, and so do flights to nearby Alghero. For the adventure loving chess player this is great value for money and could be the perfect chess holiday.