But further in the article the portal cites a slightly different statement. “Of course they have proposed my name, but I did not take any decision,” Pacolli told Express, when asked whether he was proposed by FIDE or he supports current President of FIDE for another term.

Pacolli added: “I know the president of Kalmykia, I know him very well.”

Kirsan Ilyumzhinov met Behgjet Pacolli in August 2017 in Doha, presenting him as a “businessman from Albania”.

It would indeed be very unusual if the Foreign Minister of the entity with disputed status, which is receiving strong political support from the US, joins the team of the person that is on US sanctions list and promotes a fake American persona Glen Stark. 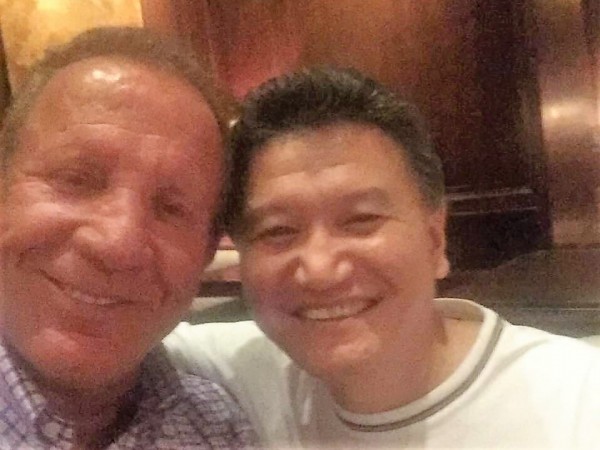