The National Olympic Committee (NOC) of Belarus has promised to support the World Chess Federation (FIDE) in its campaign to include chess in the program of Winter Olympic Games.

The matter was discussed during the meeting between Belarus President Alexander Lukashenko and FIDE President Kirsan Ilyumzhinov in Minsk on 18 December, BelTA informs. 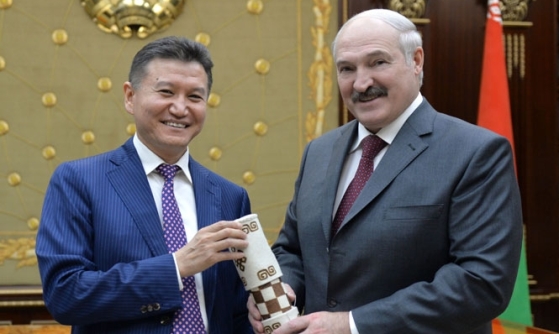 The parties also discussed the construction of a new administrative complex in Minsk that will house a FIDE Office and the Belarus Chess Federation.

Kirsan Ilyumzhinov thanked the Belarusian side and personally Alexander Lukashenko for the organization of the 2015 European Rapid and Blitz Championships in Minsk which is running on 18-20 December.

The event in Minsk has drawn about 1,000 players from 31 countries. Among them are many players from the world’s top 100, participants and finalists of the European and world championships, world cups.

The FIDE President has invited Alexander Lukashenko to attend the games of the championships.