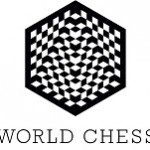 London-based World Chess, the official organizer of the World Chess Championship Cycle, in partnership with FIDE, the sport’s governing body, has today published the ‘Call of Interest’ to find a host for the 2020 World Chess Candidates Tournament. Chess federations, sport or commercial organizations, cities and countries are encouraged to apply.

The Candidates is one of the most exciting events in the sport, and the most intense: eight top grandmasters fight for a shot at the World Championship title. The winner of the tournament will play against the reigning Champion in the Match later that year.

World Chess is breaking with the tradition of ‘outsourcing’ the organization of chess events — a standard policy in the past. It will grant the winning hosting party the position of National Partner with specific sponsorship and commercial rights, allowing the Tournament to be more profitable. World Chess will be responsible for ‘look and feel’ of the Tournament and its digital presence, preserving and developing the brand of chess.

Ilya Merenzon, the chief executive of World Chess, said: “Chess is a unique sport: it’s both traditional and modern. We will be very happy to bring this amazing tournament to a country where all of these attributes shine.

We are looking forward to working with chess federations, politicians and entrepreneurs to make this event global.”

Visa eligibility, ease of travel, infrastructure, national sponsor interest, media presence and financial conditions will be considered as part of the criteria for suitability.

Bids should be presented not later than on 15th December 2018, 13:00 GMT by email to: office@worldchess.com.