– This promotional delegation, sponsored by Be Basque, presented this morning in Moscow the sports event that in September will put Bilbao in the spotlight as world chess capital.

– The aim of this presentation, attended by authorities, sports teams and tour operators, was to attract the participation of Russian clubs in the European Chess Club Cup and, at the same time, to promote Bilbao and Biscay as a destination in this emerging tourist market.

– The Russian Federation assured the presence in Bilbao Chess 2014 of the main chess clubs in their country, the big favorites, who will be part of the estimated total of 70 clubs who are expected to confirm their participation before 13 July, which is the registration deadline.

Bilbao Chess 2014, designation that groups two simultaneous events – the European Chess Club Cup and the Grand Slam Masters Final -, was presented this morning in Moscow to about a hundred members of the authorities, club representatives, players, tour operators, and media.

The aim of the presentation of the event, which in September will put Bilbao in the spotlight as world chess capital, was to encourage the participation of as many clubs as possible from Russia, the great international power of chess, so that they will register and come to the capital of Biscay to compete at the European Club Cup.

The president of the Russian Chess Federation, Andrei Filatov, who hosted this event held at the Central Chess Club Mikhail Botvinnik, assured in his speech that his country will send their best teams to the European Club Cup in September. These clubs will be among the initial favorites.

Registration deadline for clubs classified by ranking ends 13 July. The organizers expect about 70 continental clubs – 55 for the open competition and 15 for the women’s – from more than 20 different countries to confirm their participation. 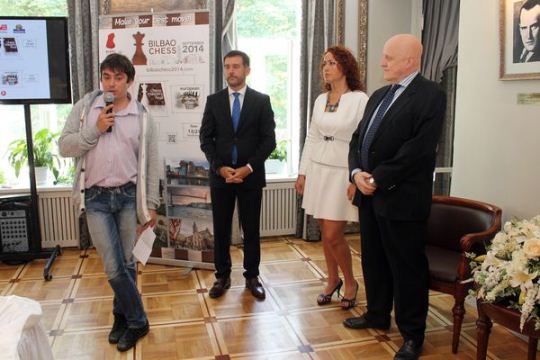 Among the teams that have already confirmed their participation is Club de Ajedrez Sestao, the current cup holder in the national competition, who has strengthened its formation for the Champions League of chess by recruiting one of the great promises of world chess: David Anton, an 18-year-old grandmaster who, at such a young age, is currently runner-up in the European Individual Championship and in the U-18 World Championship.

This chess event will be held in Euskalduna Conference Centre from 13 to 20 September, and it will host simultaneously the 30th European Club Cup and the 7th Grand Slam Masters Final. It is expected to attract in the course of these eight days a thousand visitors.

Regarding these estimations, the organizers calculate that Bilbao Chess 2014 will generate an important economic return for the capital and the historic territory, hence the interest shown by public institutions such as the Biscay Provincial Council and the Bilbao City Hall in promoting their tourist offer in international and strategic markets such as Moscow, capital of Russia, the great world power of chess and sport, where there are millions of chess amateurs. 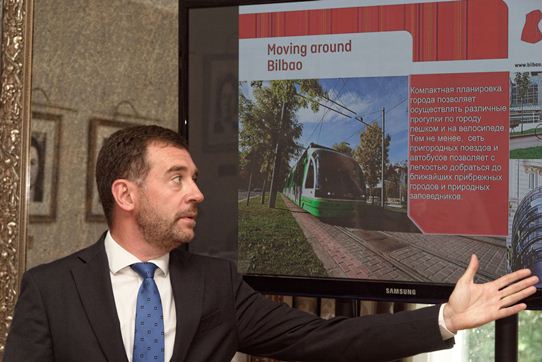 “As well as for its love for chess, Russia is one of the emerging countries with a highest number of tourists around the world, so we wanted to take the opportunity to present Bilbao Chess 2014 in Moscow along with the tourist and leisure offer of Be Basque in order to encourage as many of the numerous Russian chess aficionados as possible to visit the event”, said Kepa Olabarrieta, director of the Bilbao Convention Bureau, after the presentation.

Mr. Olabarrieta was the institutional representative in this promotional trip sponsored by the Department for the Economic Promotion of the Biscay Provincial Council, in cooperation with Bilbao Ekintza and Bilbao E-4, the chess club in charge of organizing Bilbao Chess 2014.

Today’s international presentation of Bilbao Chess 2014 in Moscow is the second this year. The first one took place in January in the Netherlands, at the Tata Steel Chess tournament, which every year gathers in the municipality of Wijk aan Zee the greatest number of chess aficionados from all over the continent.

The third and last promotional event of Be Basque will be held in August in Tromsø, Norway, where the Chess Olympiad will take place. 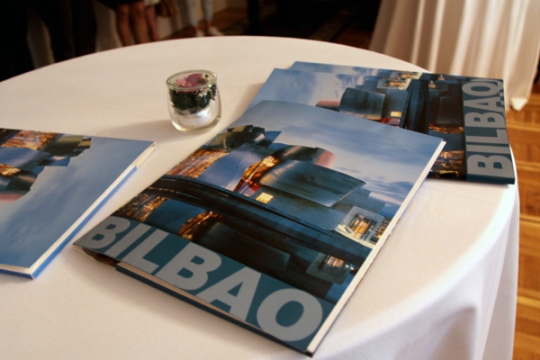