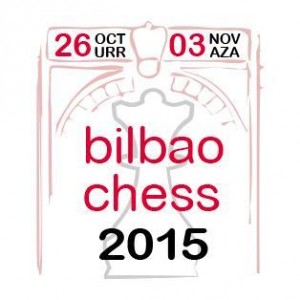 The American Wesley So and the Dutch Anish Giri are most certainly the two favorurites to win Bilbao Masters Final, after the tremendous victory from this last one upon the game against Viswanathan Anand, and the ties Ananad resulted in against Liren Ding. In the Ibero-American tournament, with only four more rounds to go, the most likely favourite, Paco Vallejo, fails to keep that title, and opens a way for the former champions Julio Granda and Lázaro Bruzón, whom in the firt round of the day have tie among them.

In the Bilbao Masters Final in which Giri and Anand have been playing one against the other. The advantage of starting with whites and moving fist was a key factor in the Dutch´s game strategy, and his great use of the bishops in his offense strategy has been decisive to weaken the defence of the current world´s runner-up. The initiative imposed by the white pieces of the board, has lead to the position of “Tiger of Madras”, whom surprised on how to get out of such delicate position was consumed in his time passing. Finally, that added to the rush and hurry have resulted into a collapse, as later Anand has stated, and have lead to a pile of erroneous decisions that have end into a imminent lost.

“I have most likely play the worst match of my life”, has concluded the fifth times world champion, whom after this lost has very little possibilities of renewing his title as the Masters Final. In the other side, Giri has appeared quite satisfied with his victory, but conscious about all the ease game moves his veteran friend has given him in order to win today’s game, which is his first victory over Anand. Giri, has stated in a ecstatic thone that “very little amount of players, including the world champion, Magnus Carlsen, have get a winning position against Anand in only 11 moves”.

About today’s other game, in which the current lead positioner, So, played with blacks against the Olympic champion, Ding, the summary of the situation has been made at the end of the match by the other candidate to the title, Giri; “Although taking in account the disadvantage of playing blacks, if I had to take part in this game I would stand on So´s side”. However, when everything seemed in favour of the victory of the ex-Philipino, an error in the perceiving has made Ding to get to a to tie. A lost chance for So, who could have act otherwise, and end up standing in a perfect position in order to face the final game.

With today’s results, and still waiting for two other gaming days, So and Giri are leading the classification with 6 points, followed by Anand and Ding in who hold 3 points. Counting the days ahead seems as if everything could be decided in the last game day, on Sunday, when both leaders will play against each other.

The VIII Grand Slam Masters Final of this year, is one of the most high level tournaments that are celebrated worldwide, if we measure it on the average of ELO scores of the world classification that includes all its four competitors.

On the Iberoamerican, the direct matches among the favourites are making their scores to be quite close and alike. That is how the two current leaders Granda (Peru) and Bruzón (Cuba), who were champions the first one in 2008 and the second one in 2006, have tie among themselves. This result is making them stay in the lead with the same score, 4,5, followed by Bachmann (Paraguay), Pichot (Argentina), Lelys Martinez (Cuba) and Fier (Brazil) with 4 points, having also tie in their respective games.  However the big news have been regarding to the new Spanish young talent, the 19 years old Jaime Santos, who has defeat the Spanish favourite Paco Vallejo, who is in a very difficult position to win the tournament.

8th Bilbao Masters standings after Round 4: 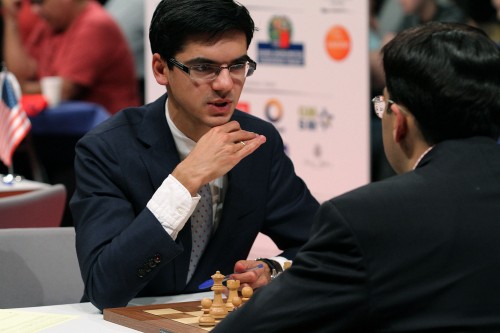 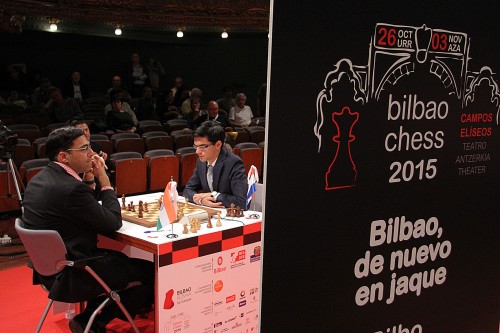 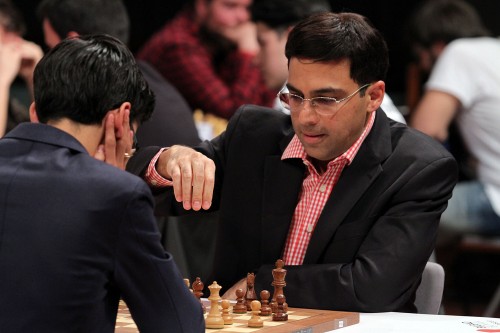 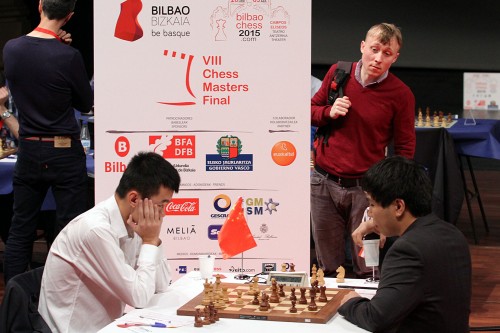 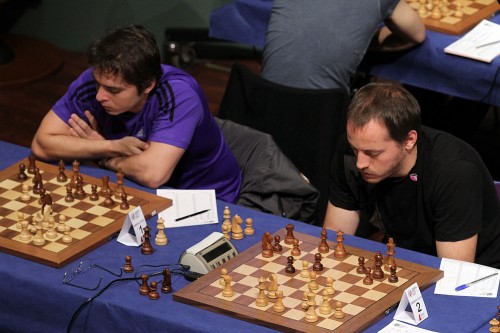