Directed by British filmmaker Ian McDonald and produced by Geetha J for the South Indian production house AkamPuram, Algorithms is the first ever feature documentary on blind chess.

Shot over three years, it follows three youths and their mentor, Charadutta Jadhav from the All India Chess Federation for the Blind, as they travel to national and international chess championships. 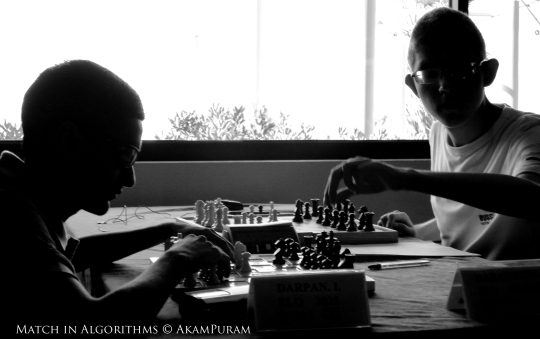 A long and lively Q&A with Director Ian McDonald and Producer Geetha J followed the screening. They were joined by Chennai boy Sai Krishna who features in the film and Prasanna, who scored original music for the film.

The discussion was emotionally charged and ranged from talking about the players and the music to the struggle to make the film. One respondent remarked, “I came here to watch the match between Anand and Carlsen, but went to the screening out of curiosity and ended up staying for the whole film. It was so good”, while another reacted that he thought the film was “better than Hoop Dreams”.

Ian McDonald said, “It was a really special night. We have had a fantastic response to the film on the international film circuit, but it’s the response in India that matters most to me. So I am overjoyed that people really liked the film. Thanks must go to FIDE for inviting us to screen the film here.”

The producer, Geetha J commented that she is planning to take the film on a screening tour of India next year, “We are trying to raise funds to make this happen, and also to do a high spec audio-description so blind and visually impaired people can enjoy the film. We want this film to be experienced by every Indian in the country”. 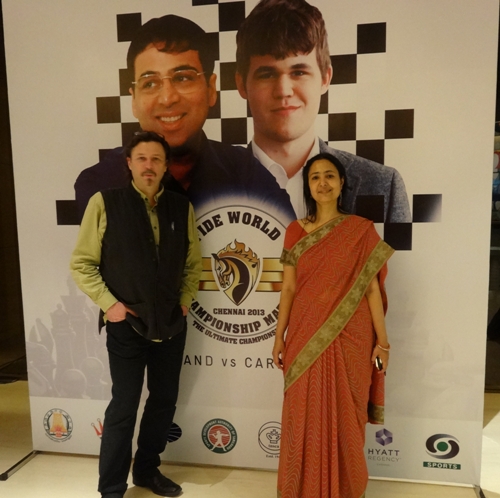