The traditional 5th blitz match between “Blondes” and “Brunettes” took place on 3rd March at the telecenter “Ostankino” in Moscow.

The playing format was Scheveningen with eight players in each team.

It was a close call before the last round, but eventually the Blondes won with the score 34:30 to extend the overall lead to 3,5:1,5 in all matches held from 2011. 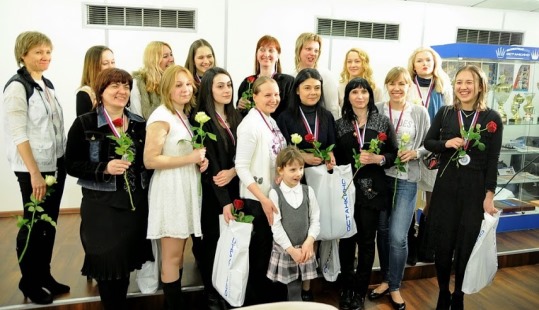 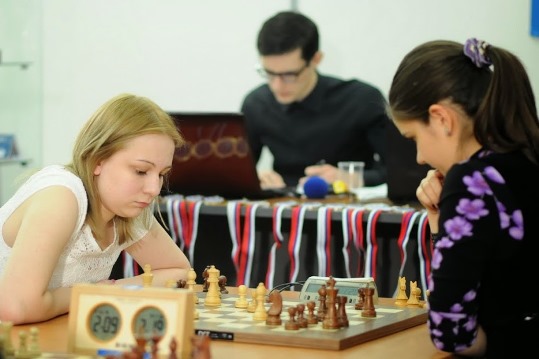 The best in the winning team was Alina Bivol with 6/8 points. Among the Brunettes Alina Kashlinskaya excelled with 7/8 points.

The event was organized by Maria Fominikh and Elmira Mirzoeva. 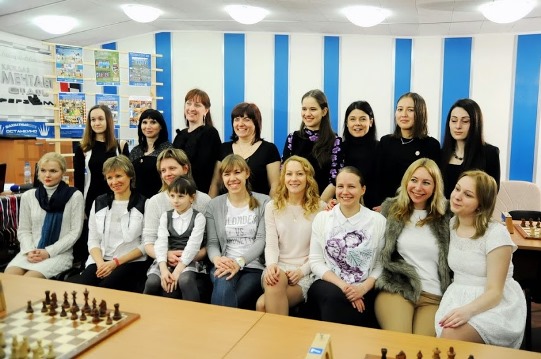 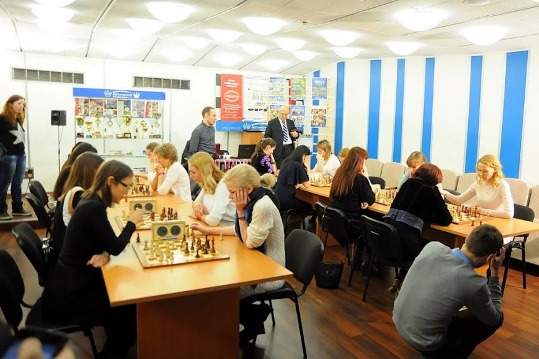 Photos by the Moscow Chess Federation 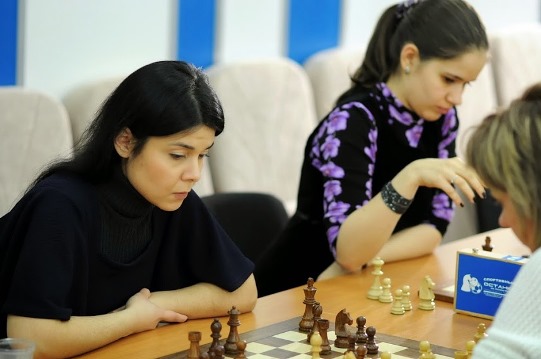 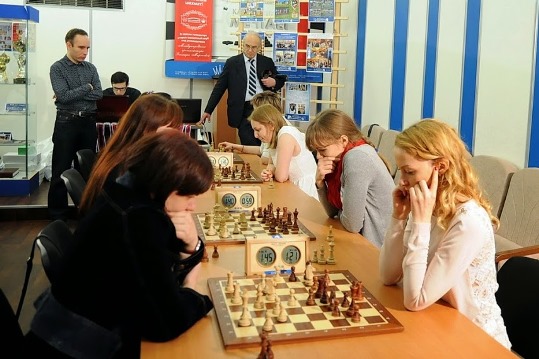 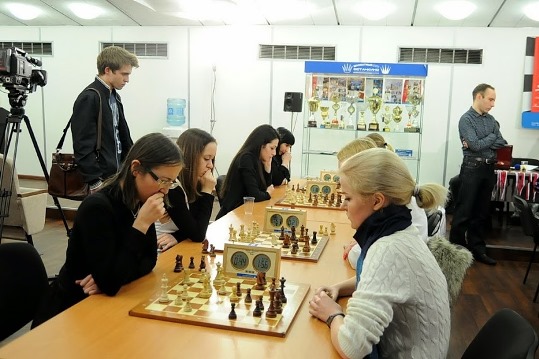 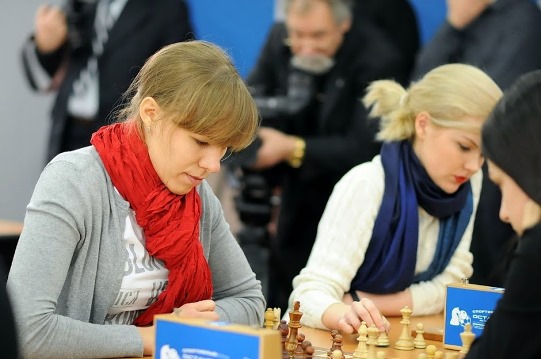 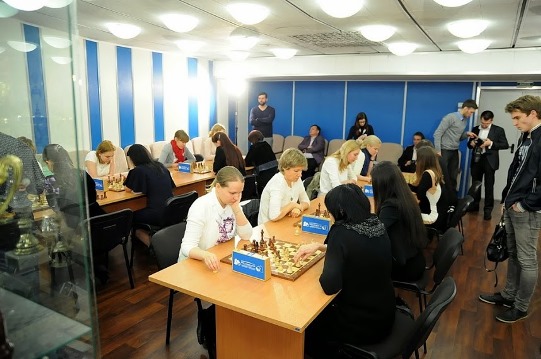