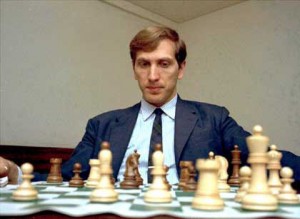 In the program are included multiple chess tournaments, master-classes, scientific conference, different shows, and wide-ranging excursion program. In memory of the 11th World Champion additional events in Fischer 960 chess will be included in the program, while participants can enjoy visiting multiple local landmarks and even a laser show.

The venue of the Fischer Memorial will be the city of Sousse, Mövenpick Hotels and Resorts. Besides the general hotel – one of the best in Tunisia – 5-stars “Mövenpick”, where the main events of the festival will be held, the participants can get accommodation in high-class hotels near the general venue: “Riadh Sousse Palm” and “Marabout Sousse Hotel”.

A) International scientific conference, devoted to the 70-years anniversary of the 11-th World Champion R. Fischer and his participation in the Interzonal tournament of 1967 in Sousse – the first world level event on the African continent. Participation under request, also it is possible to take part via Internet (Friday, July 19th).

L) Excursion program for the participants and the attendants (Jeep trip to the desert of Sahara, camel riding, visiting of the ancient Carthago, ancient Poman cities of Dugga, Cidi bu Said, the amphitheatre in Al Jemma, the capital of Tunisia, the port of Bizert, the troglodytes’ grottos, mausoleum of Cidi Sahby, pools of Aghlabids, Thermae, African zoo of Frigia and dolphinarium, Zulu evening, sea walk on the pirates, walk on the all-terrain vehicle with the visit of the ostrich farm and etc.: (Saturday, July 20th – Monday, July 29th). 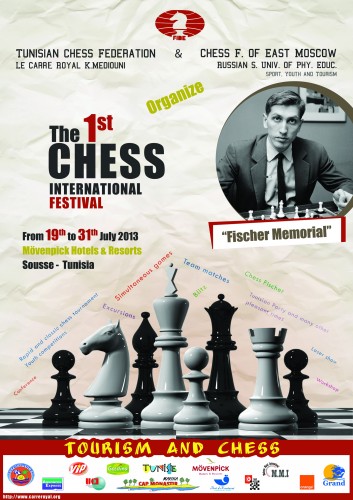 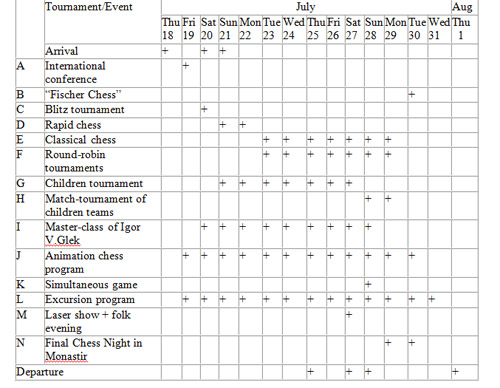