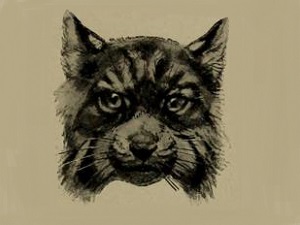 TCEC Season 9, the strongest ever chess engine championship, is fast approaching. Starting this May 1st a total of 32 engines, ten of which over 3100 ELO, will participate in the Top Chess Engine Championship. Among the participants there are nine new entrants. Three of them – Andscacs, Fizbo and Laser – have already been announced. Today, we present you the fourth new entrant – Bobcat, the chess engine.

Bobcat is an open source chess engine by the Dutch computer scientist, software developer, and as computer chess programmer author Gunnar Harms. It has 2945 ELO on the CCRL rating list. The engine began as a project in 2008 and was the second attempt by Gunnar Harms in the world of computer chess.

Bobcat, as most other TCEC partcipants, will release a special version for Season 9. Here is what Gunnar Harms shares about Bobcat, its history, development, and the future expectations

“When I started it in October 2008 my references were the chess programming pages of Bruce Morland, the public domain program TSCP by Tom Kerrighan, the chessprogramming wiki and discussions on the TalkChess forum. Perhaps the most interesting fact about Bobcat is its current version numbering scheme, which simply is its age. That explains the jumps in subsequent versions: v2.75, v3.75, v6.4, v7.1 and (to be released for TCEC) v7.8.”

“After v3.75 the releases stagnated for some years because I wasn’t able to improve the evaluation, but I never stopped working on it and kept improving the search code, which by now is very simple and uses only the most important techniques: pvs, null move pruning, late move reductions, razoring and some sort of futility pruning. It doesn’t use fancy stuff like IID, late move pruning, root move sorting, etc.”

“Then, in 2015, I discovered what is known as the ‘Texel tuning method’, and that improved the evaluation a lot. Versions 7.1 and 7.8 have a much simplified evaluation, but are also much better tuned. Features that didn’t help (according to the tuning frameork) were removed, for example: the rook on semi open file, the rook and queen on 7th rank, trapped bishop penalty, knight outpost bonus, and more..”

“This is my second attempt to write a chess program, the first was in the 1980’s. That was on a Commodore PC1 with the Borland Turbo C 1.0 compiler. My references back then were a paper by Slate & Atkin about the Northwestern University Chess 4.x program, and the Ph.D. thesis “Computerschaak, Schaakwereld en Kunstmatige Intelligentie” by H.J. van den Herik. That program never played a full game of chess, but it was able to solve many of the daily chess puzzles that were published in the newspapers those days. From that time I can also still remember the joy when it printed its first legal pv on the screen, proving that I had mastered the triangular pv array!”

“My goal for TCEC Season 9 is that Bobcat can draw a game against a higher valued opponent and perhaps win one or two against equal opponents. The opening and early middle game are probably its weakest spots, so for a good result it should get through those phases without leaving a hopeless position for itself.”