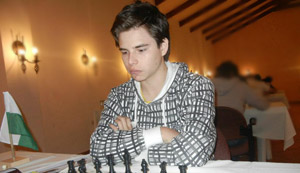 The Bolivian Chess Championship has finished in Hotel Casa Campestre in the city of Cochabamba. FM Daniel Gemy won the open section of the tournament, while WIM Daniela Cordero won the women tournament.

The Bolivian Chess Championship was a qualification event for the Chess Olympiad 2012. Upon its conclusion, the national federation has announced the participants in the national teams.

Besides the Bolivian team, a number of other national teams for the most important team chess event of the year are also known:

(If you know more national teams, please, send us a message)

Armenian teams for the Chess Olympiad 2012

Guernsey team for the Chess Olympiad 2012

Serbian teams for the Chess Olympiad 2012

Belgian teams for the Chess Olympiad 2012