The 17th Bora Kostic Memorial, honoring the first chess globetrotter, is taking place from 20th to 30th November at the Hotel Srbija in Vrsac, the city of his birth.

The average elo of the participants is 2588, making the tournament of 14th FIDE category. The official website will provide daily live games, except on the rest day on 25th November. 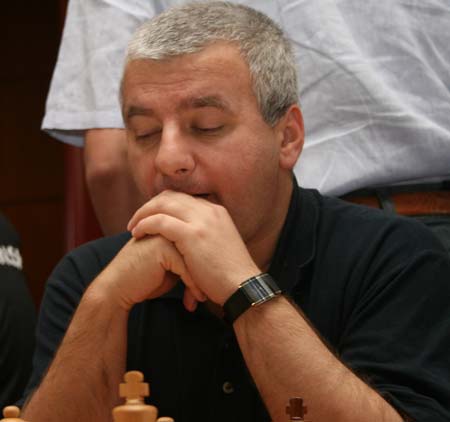 From Wikipedia: “From 1923–1926, (Grandmaster) Kostic traveled all over the world, including Australia, the Far East, Africa, India and Siberia, demonstrating his exceptional skills, generating interest in chess and forging new links with people across the globe. He was undoubtedly a brilliant publicist and ambassador for the game, although this probably prevented him from realizing his full potential as a player.” A street in Belgrade’s modern suburb Bezanijska Kosa is named after him.

Boban Bogosavljevic and Nikola Sedlak in the 2010 Bora Kostic Memorial