GM Boris Savchenko from Krasnodar won the very strong 11th Chess Festival Sagaalgan 2013 which was held on 1-3rd March at the Buddhist University “Dashi Choynhorlin” in Ivolga Datsan, near Ulan-Ude in the Russian Republic of Buryatia.

The 13-round rapid tournament was a stage of the Rapid Grand Prix of Russia. An impressive number of 494 players, which is an increase from last year’s 458, participated. 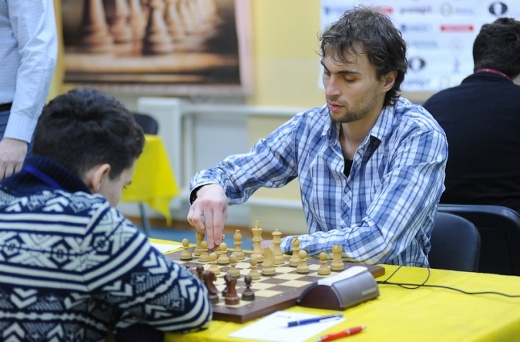 Boris Savchenko is on a strong run. His victory comes after securing cups at several tournaments. Recently he won the massive Moscow Open 2013 and before that he secured first places in Kislovodsk Blitz, Kemerovo Rapid and the 34th Rashid Nezhmetdinov Cup.