It was an exciting day in Dortmund. Five very entertaining fights left us with three decisive results. Co-leaders Vladimir Kramnik and Michael Adams defeated Peter Leko and Wang Hao, respectively, to increase their advantage at the top of the standings. Yesterday, Wang Hao was half a point behind them, while today, the Chinese and Georg Meier are trailing by a point and a half.

It seems to be a tradition that positional players get better results at this event. The two more experienced elite players from the field won today using their patient and solid styles. The other decisive result was Dmitry Andreikin’s first win of the tournament; the Russian bet Igor Khenkin with white in a Caro-Kann.

It is no coincidence that Michael Adams was part of the top-10 for a long time some years ago. He keeps showing his class in strong events such as the London Classic and the GRENKE Tournament in Baden-Baden, where he faces the very best players without looking like an outsider. Today, he beat Wang Hao with white and did not allow his direct rival, Vladimir Kramnik, to pull away from the field.

Adams used the English opening instead of his more typical 1.e4. The Englishman started to maneuver his pieces while Wang Hao tried to gain the initiative. On move 21, the Chinese sacrificed an exchange for a pawn and the bishop pair. The position seemed rather equalized but very complicated. Suddenly, Wang repeated the story from the first round – he blundered decisively with Bg4, giving his opponent an easy win by move 30. 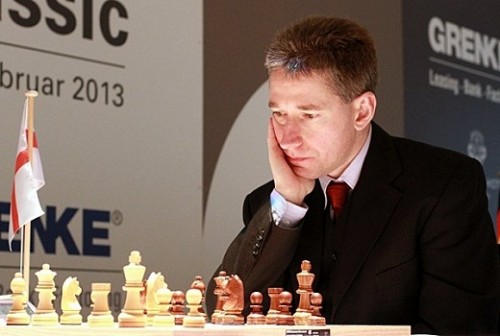 The 2004 World Championship match contenders battled today in Dortmund. Vladimir Kramnik defeated his long-standing rival Peter Leko with the white pieces. The Hungarian has been showing his reliable style both in Beijing – where he finished undefeated – and in Dortmund, where he had drawn all his games until today. However, he could not stop the former world champion in his favorite event.

A very slow Symmetrical English opening presented itself over the board. Kramnik fianchettoed both bishops looking for a long-term fight. Black seemed to have, at least, equalized the position. On move 22, Kramnik offered a sound piece sacrifice that would have led to complicated waters, but Leko rejected it. The position got simplified and everything seemed to be heading to a draw. The computer points at move 36 as the turning point where Leko made a mistake that eventually cost him a pawn. Kramnik converted his advantage with his usual mastery and took home the full point after 47 moves. 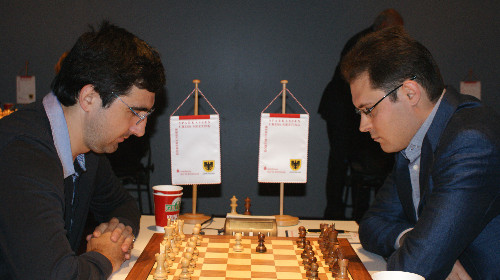 Dmitry Andreikin finally won a game in Dortmund. He defeated the lowest rated player of the field, Igor Khenkin. The experienced German grandmaster had been playing solidly, drawing all his games without getting into trouble against his higher-rated colleagues.

The first Caro-Kann of the tournament was seen on the board. Andreikin chose the Advanced variation and used the usual strategy of going for a kingside attack. Khenkin handled the opening correctly until he blundered decisively on move 18. Interestingly, the German allowed his colleague to show a checkmate, which arrived on move 27. 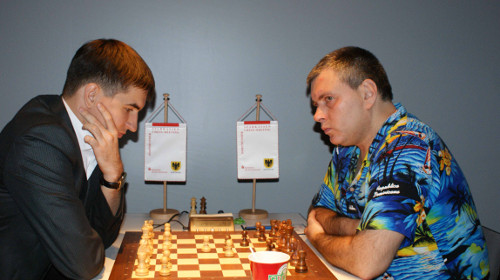 On a separate note, today was Fabiano Caruana’s 21st birthday. The organizers congratulated him on the stage. 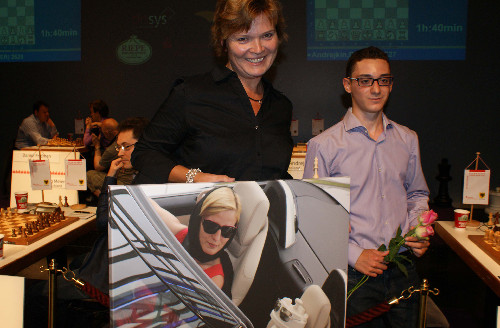