MANILA, Philippines – Boxing icon Manny Pacquiao has added his name to the Asian Continental Chess Championship scheduled on May 18 to 27 at the Midas Hotel in Pasay City.

Grandmaster Eugene Torre, who is co-organizing the event, graced the PSA Forum at Shakey’s Malate to announce the staging of the nine-round Swiss System tournament to be known as the Manny Pacquiao Cup.

A total cash prize of $100,000 will be up for grabs in the event that serves as the last qualifying tournament for the 2013 World Cup in August in Norway.

The top five in the men’s division and the winner in the women’s division will earn slots to the World Cup. In case previous qualifiers win or finish among the top five, then the next best player gets the slot. 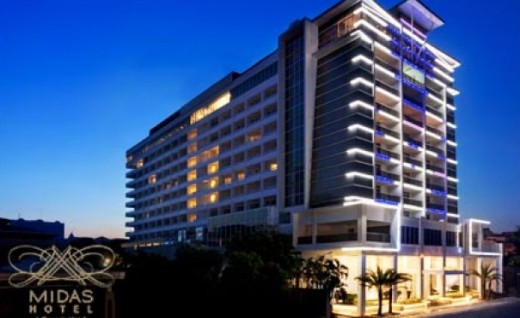 The Eugene Torre Chess Foundation, Inc. is organizing the event, which has the blessings of the National Chess Federation of the Philippines (NCFP) under Butch Pichay, the Asian Chess Federation and FIDE.

“This will be a historic event because one of the world’s sporting icons, Manny Pacquiao, is supporting us. We will make sure it becomes a successful event,” said Torre.

Registration to the tournament is ongoing, according to Asia’s first grandmaster. He expects the top players from China, India, Vietnam, Indonesia and the former Soviet republics to compete.

The NCFP has already sent invitations to the different national federations, and so far Torre said there’s been a tremendous response.

He added that Filipino players, the International Masters and the National Masters, are also very interested in joining the event.

“We are all very excited. I hope a Filipino qualifies for the World Cup. We will be happy with one but it will be a big bonus if we get two slots,” said Torre.

Organizers are waiting for the arrival of ACF vice president and FIDE ratings administrator Toti Abundo from the Middle East before they announce the breakdown of the cash prizes.

Red Dumuk, NCFP board member, said they are working on the live streaming of the top board matches during the tournament, and the setting up of TV screens at the hotel lobby for the fans.