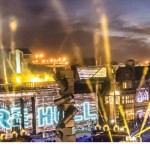 The 2018 British Chess Championship is an 9-round Swiss tournament taking place at Hull City Hall, Hull, England from 28 July to 5 August. In case of a tie for first a rapid and blitz playoff will take place. The top prize is £10,000, with £1,000 for the British Women’s Champion. The time control is 90 minutes for 40 moves then 30 minutes to the end, with a 30-second increment from move 1.