A new high-level event is joining the extensive list of tournaments that make up the 7th London Chess Classic Festival: Eight of Britain’s best chess players, with the exception of Michael Adams, who plays in the Classic itself, will contest the inaugural British Knockout Championship.

The quarter finals will take place on the 1st December and the semi finals on the 2nd December at the Kensington Olympia Hilton Hotel London. The six-game final, which will run from 4-9 December – with a possible play-off on the 10th December – will be held at Olympia, alongside the other London Chess Classic events. 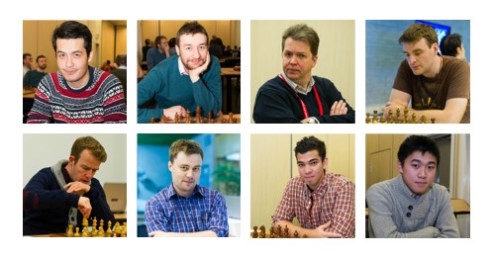 Coincidentally, with Michael Adams participating in the Classic, this means that all the members of the English team from the European Team Championship, just concluded in Reykjavik, will be playing at this year’s London Chess Classic.

You will yourself get the opportunity to possibly play against these 8 players, as they will all participate in the London Chess Classic Super Rapidplay on 12-13 December.

All details about the format, draw and schedule of this event will be published on a dedicated page on the official London Chess Classic website shortly.