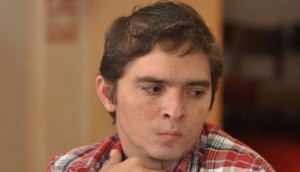 Cuban grandmaster Lázaro Bruzón (2689) finished with a draw at the Edmonton International Tournament, where he got clear first place with a socre of 23/27, adding six Elo points to his rating that now rises to 2698.

In a round where everything was already decided, after getting first place at the previous one, the five-times Cuban champion split the point with National Master Robert Gardner (2213), thus finishing with seven wins and two draws. He dominated the event from start to finish, leaving English GM Nigel Short (2677) in clear second place with 17 points. Locals Richard Wang (2371) and Eric Hansen (2577) followed with 14 points each.

The peace treaty signed in the final game avoided Bruzon from passing the 2700-barrier again; after having gotten to 2701 points earlier. He will try to return to this elite group in the Canadian open that will begin on July 13th.