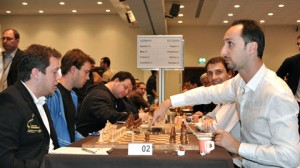 Bulgaria continues the string of successes at the European Team Chess Championship – Open Section, as they defeat Germany 3-1 and take the sole lead with 9 match points.

Azerbaijan and France split the points after the health indisposition of one of the players and the consultation of their team captains.
Meanwhile Greece downed Spain thanks to Stelios Halkias’ success, while Romania surprised the Netherlands and walked away with a narrow victory.

Romania, France, Azerbaijan and Greece share the second place with 8 match points each.

Russia won the consolation match against Ukraine since both teams suffered painful defeats in round four. Alexander Morozevich was the architect of the Russian success.

Armenia bounced back by scoring the convincing 3.5-0.5 against Denmark.

Furthermore, Italy signed a glorious victory against the Olympiad medal winners Israel, with Fabiano Caruana’s cheerfulness shining through in his video interview. 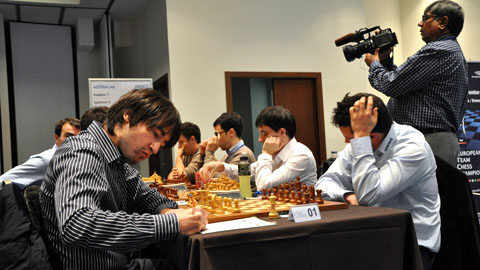 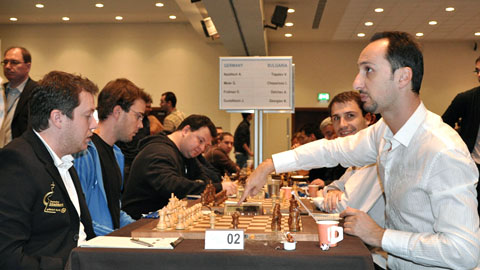 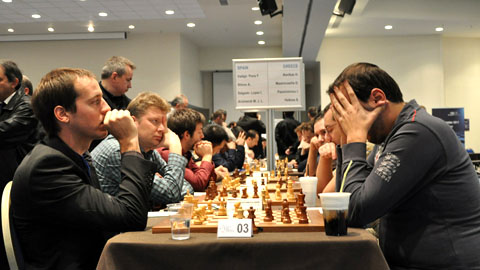 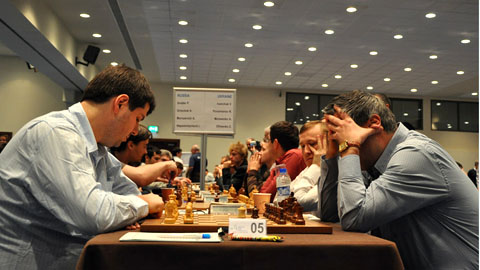