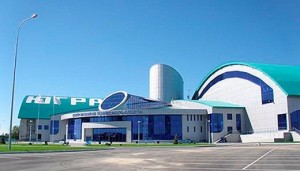 The 2014 Candidates matches bids were reviewed today during the 84th FIDE Congress in Tallinn. As Chessdom informed earlier, the only bidding sides for the penultimate stage of the FIDE World Championship Cycle are Russia with Khanty Mansiysk and Bulgaria with Kozluduy.

After careful consideration, it resulted that the Bulgarian side did not provide any bank guarantee for the organization of the Candidates. Such one was present from the Russian side.

Despite the deadline being 5th of October, in the best interest of chess, FIDE decided to give an extra week to the Bulgarian side to provide the bank guarantee. If no such is available, next Monday Khanty Mansiysk will be declared the official venue of the Candidates Matches 2014.

More about the Candidates Matches 2014

So far six players have qualified for the Candidates Tournament:
Vladimir Kramnik and Dmitry Andreikin from the World Chess Cup 2013, Veselin Topalov and Shakhriyar Mamedyarov from the FIDE Grand Prix, Levon Aronian and Sergey Karjakin on average rating.

The player who loses in the 2013 World Chess Championship Match also qualifies. The final spot goes to the player nominated by the Organiser (rated at least 2725 in July 2013).