The Women’s Commission (WOM) of the World Chess Federation is pleased to announce that the winner of the 2015 Caissa award is Ms. Mariya Muzychuk (Ukraine).

She is 23 years old and has already achieved a number of significant results.

2015 was a very successful year for Maria. Some of her key highlights include:

– Winning the 2015 Women’s World Chess Championship, which was held in Sochi, Russian from March 17 to April 7, 2015
– She was awarded the Grandmaster title after her victory in Sochi
– Second place in the first stage of Women’s Grand Prix Series (Monaco, 2015)
– Gold medal on first board at the European Team Championship (7 points out of 8), etc. 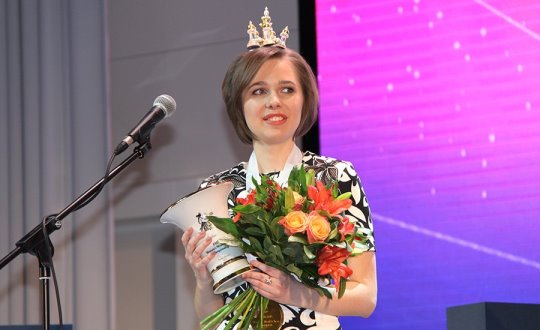