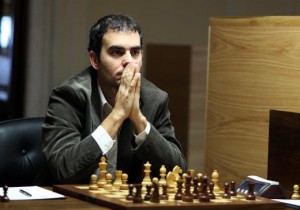 This year is the 50th anniversary edition of the traditional tournament Capablanca Memorial. The 2015 will start in the 14th of June in Salón Embajadores in Hotel Habana Libre. One more time the chess fans will have a special coverage with commentary and analysis in the live section of Chessdom.com, as well as detailed reports on the Spanish version.

The Grupo Elite will have average ELO of 2716, which makes it a category XXI event. The participants include the local heroes Leinier Domínguez (2746) and Lázaro Bruzón (2677), the Russians Ian Nepomniachtchi (2720) and Dmitry Andreikin (2718), as well as the Ukranian Pavel Eljanov (2718) and the Chinese Yu Yangyi (2715).

The tournament in 2014 was convincingly won by Wesley So with a full point ahead of the field (replay the games with analysis). This time a harder battle is ahead of the players, as the ratings are more balanced. It is the first time when Capablanca Memorial aka Capablanca in Memoriam is going to have five participants over 2700 ELO, comments Columna Deportiva. 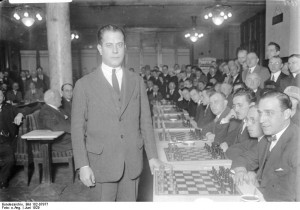 José Raúl Capablanca y Graupera (1888–1942) was a famous Cuban chess master who was World Champion from 1921 to 1927. Considered one of the greatest players of all time, he was renowned for his exceptional endgame skill and speed of play. He was exceptionally difficult to beat, losing only 34 first class games in his entire career as adult. Capablanca became the World Chess Champion in 1921 by beating Emanuel Lasker. He lost the title in 1927 to Alexander Alekhine.

Capablanca was undefeated from February 10, 1916, when he lost to Oscar Chajes in the New York 1916 tournament, to March 21, 1924, when he lost to Richard Réti in the New York International tournament. During this streak, which included his 1921 World Championship match against Lasker, Capablanca played 63 games, winning 40 and drawing 23. In fact, only Marshall, Lasker, Alekhine and Rudolf Spielmann won two or more serious games from the mature Capablanca, though in each case, their overall lifetime scores were minus (Capablanca beat Marshall +20 −2 =28, Lasker +6 −2 =16, Alekhine +9 −7 =33), except for Spielmann who was level (+2 −2 =8). Of top players, only Keres had a narrow plus score against him (+1 −0 =5). Keres’ win was at the AVRO 1938 chess tournament, during which tournament Capablanca turned 50, while Keres was 22.

Statistical ranking systems place Capablanca high among the greatest players of all time. Nathan Divinsky and Raymond Keene’s book Warriors of the Mind (1989) ranks him fifth, behind Garry Kasparov, Anatoly Karpov, Bobby Fischer and Mikhail Botvinnik – and immediately ahead of Emanuel Lasker. In his 1978 book The Rating of Chessplayers, Past and Present, Arpad Elo gave retrospective ratings to players based on their performance over the best five-year span of their career. He concluded that Capablanca was the strongest of those surveyed, with Lasker and Botvinnik sharing second place. Chessmetrics (2005) is rather sensitive to the length of the periods being compared, and ranks Capablanca between third and fourth strongest of all time for peak periods ranging in length from one to fifteen years. Its author, the statistician Jeff Sonas, concluded that Capablanca had more years in the top three than anyone except Lasker, Anatoly Karpov and Garry Kasparov – although Alexander Alekhine had more years in the top two positions. A 2006 study claimed to show that Capablanca was the most accurate of all the World Champions when compared with computer analysis of World Championship match games. However, this analysis was criticized for using a second-rank chess program, Crafty, modified to limit its calculations to six moves by each side, and for favoring players whose style matched that of the program. A new 2011 computer analysis by Bratko and Guid using Rybka 2 and Rybka 3 has revealed similar results to those achieved in the 2006 Crafty analysis.

Boris Spassky, World Champion from 1969 to 1972, considered Capablanca the best player of all time. Bobby Fischer, who held the title from 1972 to 1975, admired Capablanca’s “light touch” and ability to see the right move very quickly. Fischer reported that in the 1950s, older members of the Manhattan Chess Club spoke of Capablanca’s performances with awe.

Capablanca excelled in simple positions and endgames, and his positional judgment was outstanding, so much so that most attempts to attack him came to grief without any apparent defensive efforts on his part. However, he could play great tactical chess when necessary – most famously in the 1918 Manhattan Chess Club Championship tournament (in New York) where Marshall sprang a deeply analyzed prepared variation on him, which he refuted while playing under the normal time limit (although ways have since been found to strengthen the Marshall Attack). He was also capable of using aggressive tactical play to drive home a positional advantage, provided he considered it safe and the most efficient way to win, for example against Spielmann in the 1927 New York tournament.