The official website for the much awaited World Chess Championship 2013 between defending champion Viswanathan Anand and challenger Magnus Carlsen is fully functioning as of today 23rd September 2013.

The official address of the FIDE World Chess Championship is http://chennai2013.fide.com

The championship will also be covered on various social networks:

The World Chess Championship 2013, organized by FIDE and AICF, is sponsored by the Government of Tamil Nadu. Main partners of the most important chess event of 2013 are Hyatt Regency Chennai (hospitality partner), Delhi Chess Association (ticketing partner), and Chessdom.com (global news partner).

Magnus Carlsen (Norway) won the Candidates Tournament 2013, played in London in the beginning of the year, after the thrilling finish to become the official challenger of reigning World Champion Viswanathan Anand. Of age only 22, Carlsen is currently the number one FIDE rated player with 2862 ELO (Sept 2013) More info and video

Viswanathan Anand (India) retained the title of the World Champion after defeating the challenger Boris Gelfand in the FIDE World Chess Championship Match 2012 in Moscow, Russia. There he defend the title he holds from Mexico 2007, Bonn 2008, and Sofia 2010. Anand was also champion in 2000 after the knock-out tournament and he won the FIDE World Rapid Championship in 2003 More info and video

Read all FWCM news so far at the dedicated news category 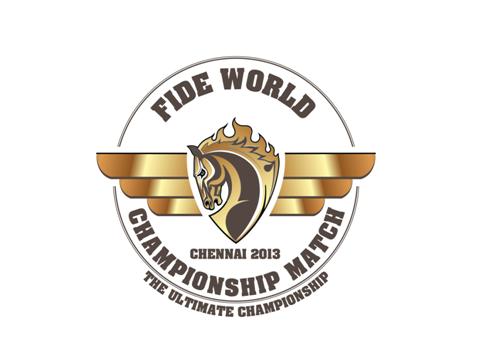