After Monday’s rest day, the players went back to the fighting arena in the Candidates Tournament 2013. Armenian Levon Aronian arrived as the sole leader with a +2 score and drew relatively quickly against Svidler. Carlsen defeated Alexander Grischuk and caught up with the Armenian. This result matches the predictions of the experts and chess fans – most of the people thought that the fight for the spot in the finals would include these two players.

The most expected game was the battle between Levon Aronian with the white pieces and Peter Svidler with black. This is a game where it was relatively easy to guess the opening choices of both players. The Armenian plays 1.d4 almost exclusively and Svidler has been using the Gruenfeld extensively since the beginning of his career. However, the Russian surprised everybody with the Queen’s Gambit Accepted.

Aronian seemed to be well prepared and played his moves almost as fast as the player from St. Petersburg. White eventually won a pawn on the a-file, but his opponent had enough resources to attack it and go for simplifications. As IM Aman Hambleton mentioned during his live commentary, after Svidler recovered the pawn, the players blitzed their moves until finally agreeing a draw on move 31. 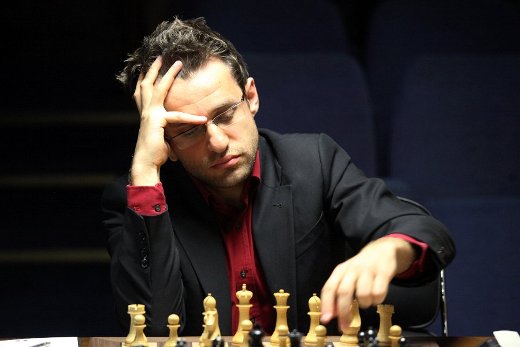 Magnus Carlsen opened with 1.e4 and Grischuk chose the Berlin Defense of the Ruy Lopez. The Norwegian, true to his style, took the battle to the middlegame. He decided to exchange his light-squared bishop for Grischuk’s knight early in the game, getting a good development and well-coordinated pieces in exchange of the pair of bishops.

The Russian played actively, moving his pawns to the opposite camp and looking for ways to complicate his strong rival. Carlsen grabbed the weak pawns that Grischuk left behind hoping to compensate with his active pieces. The material advantage proved to be easy to maintain. By this moment, Grischuk was already low on time and was not able to defend. Resignation came on move 37. 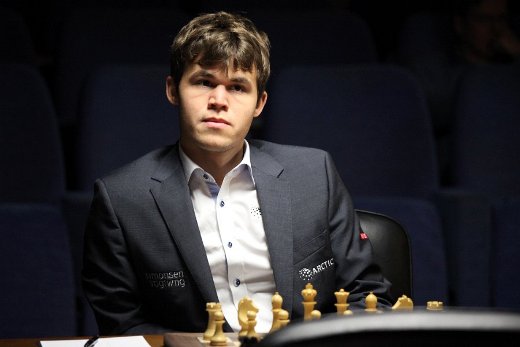 The veterans Boris Gelfand and Vassily Ivanchuk were looking for a comeback in their direct encounter – both started with two losses and a draw. This fact made the players go into a sharp battle in the Chigorin Defense. They chose to castle long and a complicated position arose on the board.

The Ukrainian gave up the bishop pair to spoil his opponent’s  pawn structure and get active play on the queenside. Gelfand gained a piece but had trouble developing his kingside, leaving his dark-squared bishop really limited on that side of the board. Ivanchuk decided to go for a triple repetition in order not to risk a loss in the long run. With this result, both players remain on the shared last place of the tournament. 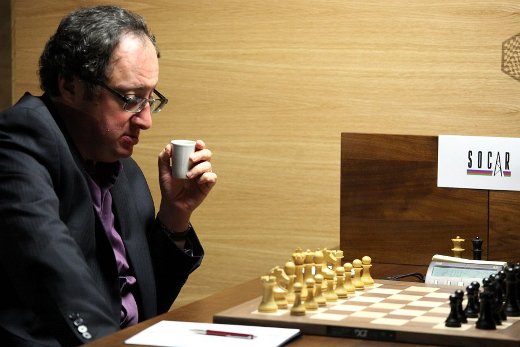 The last game to finish was the battle between Teimour Radjabov and Vladimir Kramnik. These two players faced each other at the Candidates Matches in Kazan, where Kramnik advanced in the blitz encounters after experiencing a strange situation with the clock.

The Azerbaijani opened with his solid 1.d4 and Kramnik answered with the Nimzo-Indian Defense. Radjabov went for a structure with hanging pawns and the battle to control the semi-open files began. The contenders played solidly in a rather dry position looking for the smallest opportunity to gain an edge. However, none of them went astray and they agreed to a draw at move 50. 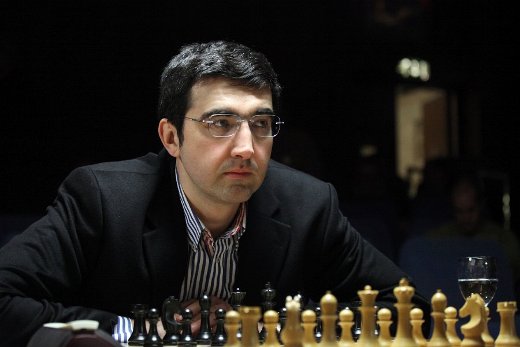