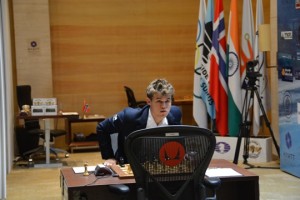 Carlsen needs only a draw to become World Chess Champion 2013

The ninth game of the FIDE World Championship Match, sponsored by Tamil Nadu state and currently ongoing in Chennai, finished in Magnus Carlsen’s favour after 28 moves of play.

The defending champion Viswanathan Anand made the first move 1.d4, which was greeted with enthusiastic applause in the playing hall. The challenger and world’s top rated player responded with his trusted Nimzo-Indian defence.

Needing a win to keep the title which has been in his sole possession since 2007, Anand piled on pressure on the young Challenger, Magnus Carlsen, early in the game. Anand repeated the line that he already used in the match with Vladimir Kramnik in Bonn 2008. Black was obviously well prepared, as he made a rare recapture on move 7 (exd5 instead of more common Nxd5) and then immediately closed the queenside with 8…c4. Indian GM Abhijeet Gupta said that the pawn structure demanded that players expand on opposite flanks.

Anand spent around 30 minutes to calculate complicated lines before going all in with 23.Qf4. White went directly for the checkmate and black promoted a new queen on b1. However, playing too quickly Anand erred with 28.Nf1, which effectively concluded the game after Carlsen’s reply 28… Qe1.

“The position was extremely imbalanced. Fear of being mated was there,” said Carlsen speaking after the game in a crowded press conference.
Anand later admitted that playing all out for victory was paramount, “There was not much of choice. I needed to change the course of the match drastically.”

With the score 6-3, Carlsen needs a single draw from the three remaining games to win his maiden world chess title. If he does it he will become the 20th player and first Norwegian in the history of world chess to win the title. 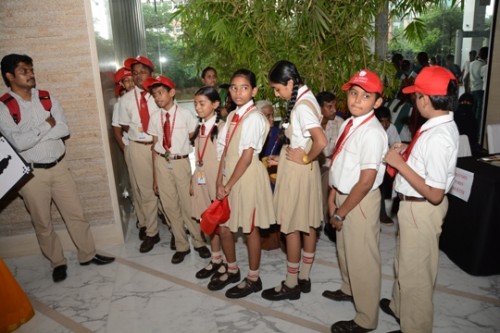 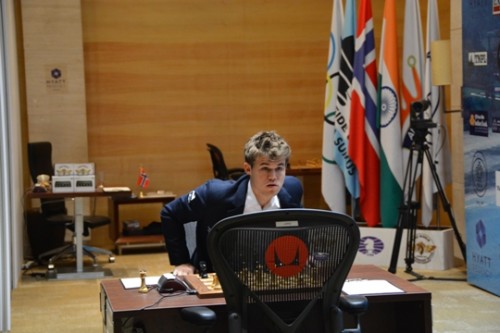 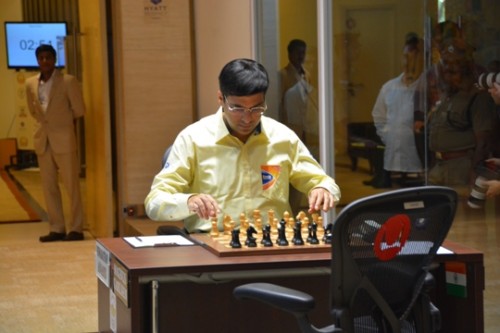 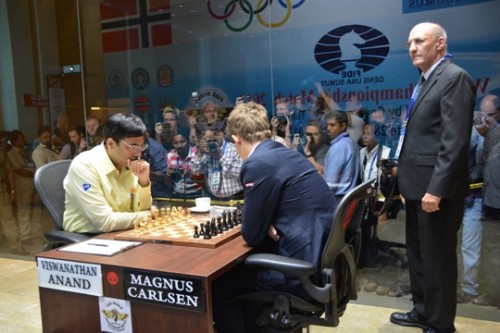 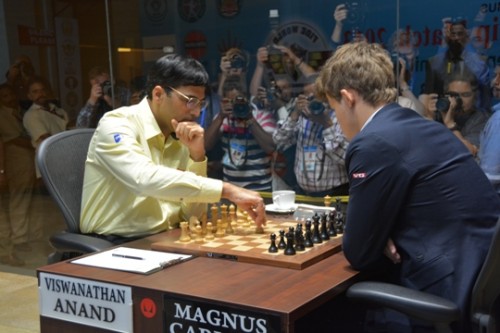 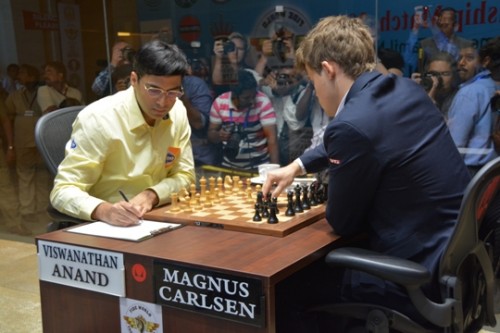 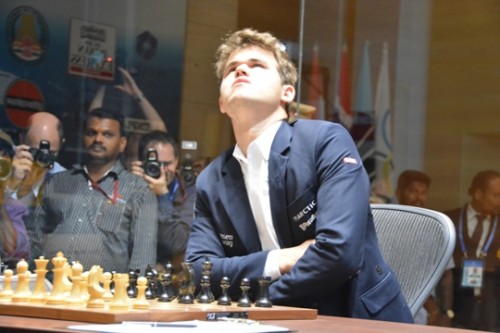 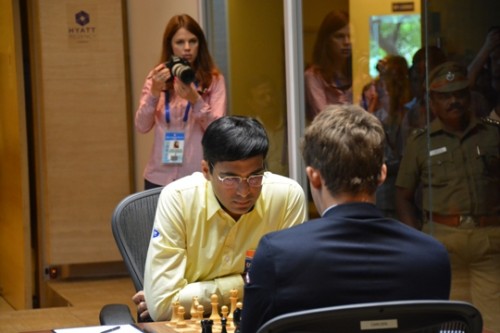 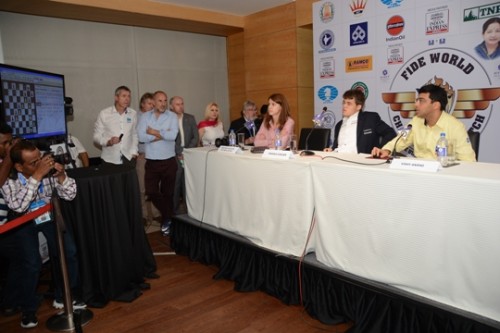 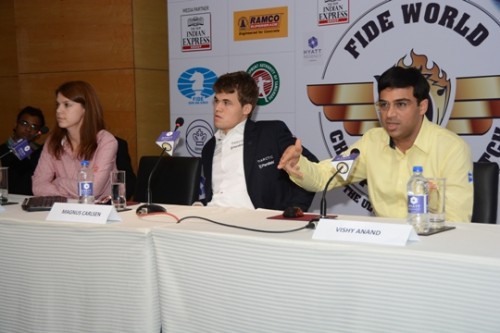