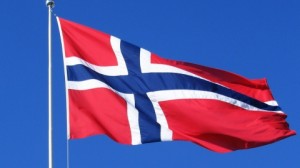 Magnus Carlsen is the new unofficial Fischer Random world champion after beating Hikaru Nakamura 14-10.
The Fischer Random chess match between Magnus Carlsen and Hikaru Nakamura took place in Baerum, Norway from 9th to 13th February 2018. This is a variant of chess where one of 960 starting positions is used rather than the standard one. Castling Kingside and Queenside is always possible. Four pairs of rapid games from the same starting position were played for four days, then on the final day there were four pairs of blitz games.