The chess magazine “64”, represented by its editor-in-chief Mark Glukhovsky, awarded the 2012 Chess Oscar to Magnus Carlsen. This is the fourth straight time that the Norwegian prodigy receives this prestigious award. The selection of the player to receive this accolade is made through a democratic vote among chess journalists and players.

Carlsen’s dominance in the tournaments played last year was evident. Here we present all the successful results he had during 2012: 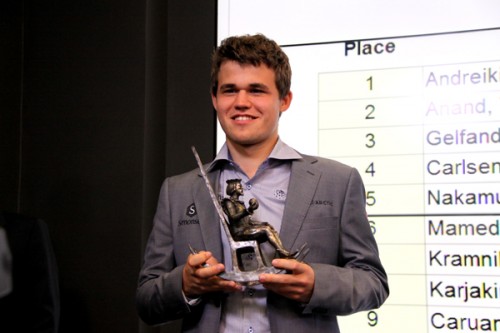