The third leg of the Grand Prix series is underway in Zug, Switzerland. Twelve members of the 2700-club gathered to look for the 25,000 Euros first prize and the chance to gain points in the GP general standings.

The first win of the tournament was obtained by Fabiano Caruana. The Italian used the white pieces to bring down Teimour Radjabov, who comes from a very disappointing performance at the Candidates Tournament. Radjabov went for the Schliemann variation of the Ruy Lopez and Caruana, once again, demonstrated his great home preparation, going for forced lines out of the opening.

The Italian slowly improved his pieces to look for ways to take advantage of black’s tripled pawns on the c-file. Radjabov’s last hopes lied in the drawing nature of the opposite-colored bishops endgame, but when it was clear that white would get three connected passed pawns on the kingside, there was nothing left to do. Resignation came on move 51. 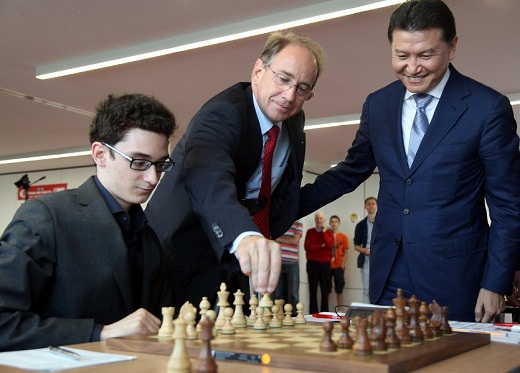 Fabiano Caruana at the start of the first round

Alexander Morozevich also got a win in his first game of the tournament. He defeated Rustam Kasimdzhanov in a slow maneuvering struggle. The Russian used a double-fianchetto opening to avoid testing the Uzbek’s deep home preparation. This proved to be a good strategy as Morozevich slowly outplayed his opponent with accurate piece play.

By move 50, Kasimdzhanov’s pieces were completely paralyzed and the Russian started to convert his clear positional advantage into something tangible. The Uzbek decided not to suffer any longer and resigned on move 53. 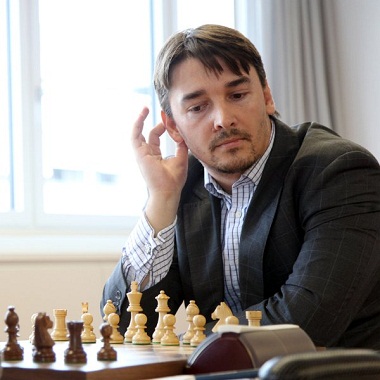 The longest game of the day was the battle between Sergey Karjakin and Hikaru Nakamura. The Russian looked for the initiative from the opening, using his usual direct play. Nakamura’s French proved to be solid enough to fence off the direct attacks of Karjakin. When the smoke cleared and the queens were exchanged, Hikaru’s pair of bishops remained as the only advantage for either side in a tricky endgame.

Nakamura gained both the a- and h-pawns, but the Russian was able to create an unbreakable fortress on both sides thanks to the opposite-colored bishops that stayed on the board. The draw was finally signed on move 107. 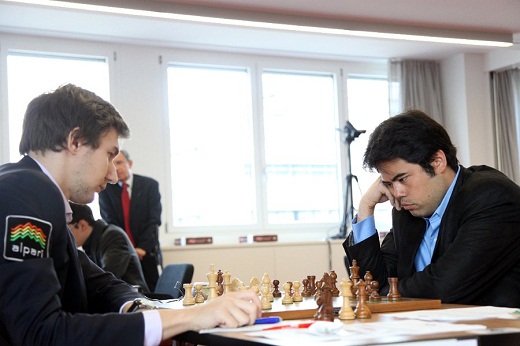 Ruslan Ponomariov, who has been absent from the chess scene for a while, apparently was eager to play. He looked for chances in a materially balanced endgame where most of the world’s GMs would simply sign a draw. His opponent, Shakhriyar Mamedyarov, followed suit and they only agreed to a draw when the kings were left alone over the board on move 71.

Anish Giri and Veselin Topalov drew in 36 moves after playing a sideline of the Gruenfeld Defense. Gata Kamsky’s ambitions to get an unbalanced position were not enough to break Peter Leko’s solid style; they signed the peace treaty on move 37.