Two more playing days are left at the third leg of the Grand Prix series in Zug. Fabiano Caruana got an important victory today and closed on the leader Veselin Topalov. Ruslan Ponomariov, who was half a point behind the Bulgarian before this round, fell against Teimour Radjabov and now shares 3rd – 5th place with Nakamura and Karjakin.

Yet another Ruy Lopez with 6.d3 was seen in the game that faced Gata Kamsky and Fabiano Caruana. The players maneuvered their pieces carefully without using drastic pawn advances. Caruana made the right exchanges and, eventually, Kamsky was left with three pairs of doubled pawns.

The ensuing endgame with a queen and a rook for each side was very dangerous for both, given the strength of this pair of pieces in the attack. Kamsky was the first one to lose his sense of danger and allowed the penetration of the black queen to the first rank. Caruana used the initiative effectively and forced his opponent to resign on move 39, while on heavy time trouble.

It is interesting to point out that Kamsky represents the United States even though he was not born there, while Caruana was indeed born in Miami, but represents Italy instead. 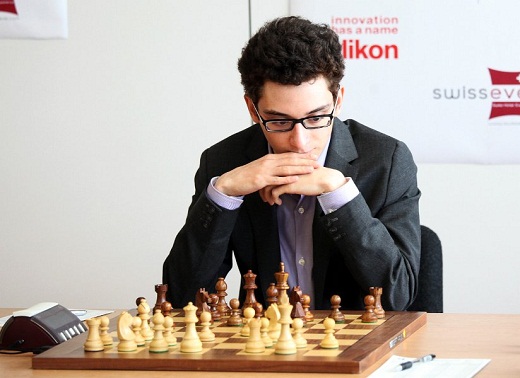 Teimour Radjabov finally managed to win a game and leave the bottom of the standings. He defeated previous co-leader Ruslan Ponomariov with the white pieces in a Queen’s Gambit Accepted. The Ukrainian decided to castle queenside and allowed his opponent to look for a direct attack. Radjabov played actively and left his king in the center, allowing Ponomariov to get enough counterplay.

When the smoke cleared, a materially balanced endgame presented itself over the board. Radjabov had more active pieces and put pressure on black’s position. Ponomariov defended correctly until move 40; in the last move before the time control, he blundered by exchanging his bishop for Radjabov’s knight. The Azerbaijani converted his advantage comfortably. 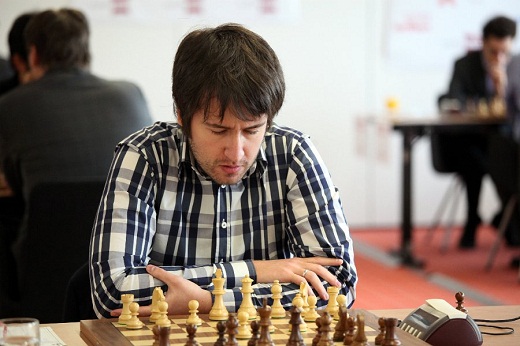 The other winner of the day was Hikaru Nakamura. The American was responsible for Alexander Morozevich’s third straight loss. Morozevich was a co-leader until round 6, but now has fallen to a -1 score and is completely out of contention for first place. This is not the first time that he shows this kind of erratic play.

The game was a King’s Indian Defense where the Russian obtained the initiative right after the opening. It seemed like he would sail calmly to a win, given the fact that he showed good chess at the beginning of the event. However, his advantage vanished slowly after some exchanges, and he ended up blundering on move 31. Three moves later, the score-sheets were signed and Nakamura obtained his second victory of the tournament. 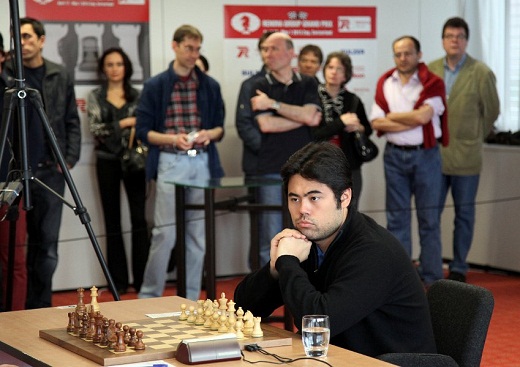 The leader Veselin Topalov faced Shakhriyar Mamedyarov’s Caro-Kann. The Azerbaijani fell against Karjakin with this defense a couple of rounds ago, but decided to stick with it today. A sharp battle followed, but none of the players was able to get an important edge. Topalov gave perpetual check on move 45.

Peter Leko could not transform the edge he got in the opening against Sergey Karjakin and had to settle for a draw after 57 moves. Another player who missed good winning chances was Rustam Kasimdzhanov. The Uzbek obtained a good position with black, but was not able to find a precise continuation to defeat Anish Giri. Draw on 58 moves.

The Grand Prix of Zug finishes on Tuesday. Stay tuned to see who gets first place in this strong event. 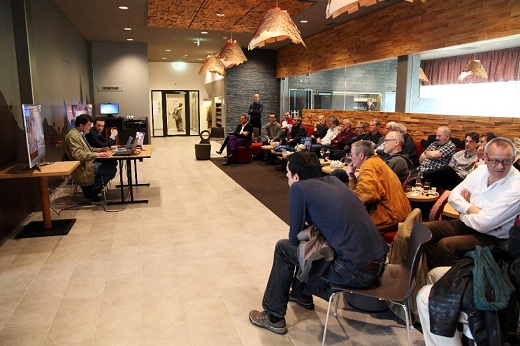 The spectators at the commentary room on Sunday