The 2012 edition of the Spanish club chess championship CECLUB Division de Honor is starting today in Leon, Spain. A total of 85 players and 8 clubs, with more than 60 titled players are participating. Top rated are Grandmasters Ruslan Ponomariov, Leinier Dominguez, Anish Giri, Maxime Vachier-Lagrave, Ivan Cheparinov, Laurent Fressinet, and Etienne Bacrot, all of them in the 2700 club. Other top players include Rustam Kasimdzhanov, Pentala Harikrishna, Loek Van Wely, Romain Edouard, Gabriel Sargissian, Eduardo Iturrizaga, Christian Bauer, Mikheil Mchedlishvili, Parimarjan Negi, Hicham Hamdouchi, Surya Shekhar Ganguly, Alexandr Shimanov, Anton Kovalyov, etc. Scroll down for the full list.
Games start at 16:30 CET and will be live daily on Chessdom.com with computer analysis. The first round starts at 17:00 CET, as there is 30 minutes opening ceremony before the round.

The CECLUB Division de Honor will have extensive coverage in the Spanish version of Chessdom.

The tournament is composed of 8 clubs that will play round robin. The time control is 90 minutes for the first 40 moves, 30 minutes for the rest of the game, and increment of 30 sec/move starting on move 1.  The two last clubs in the standings will be relegated to Primera Division. 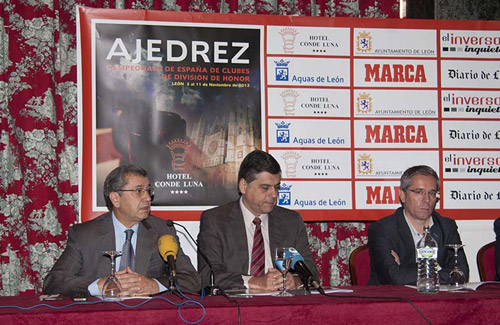 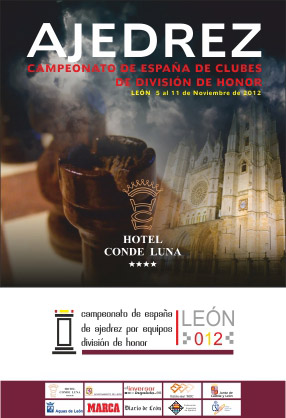