The Čez Chess Trophy 2013 is taking place from 9th to 14th June in Prague, Czech Republic. This year the guest of honour is Chinese GM Hou Yifan, Women’s World Chess Champion on 2010–2012.

Upon the arrival, Yifan and her mother visited Prague’s Castle on Saturday, and on Sunday she played a simultaneous exhibition against 20 opponents at the Gallery 1 in Štěpánská street.

She scored 18 wins and conceded only two draws, against Oldřich Lomecký, Mayor of Prague 1, and Jan Spousta, data mining analyst of Erste Bank. 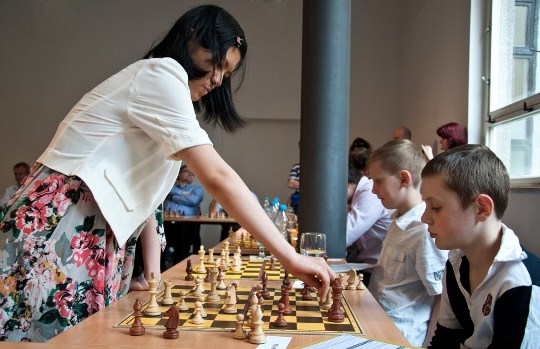 The main event will be the four-games match between Yifan and the Czech champion David Navara.

The match will take place from Tuesday 11th until Friday 14th of June at Michna Palace in Prague, on Kampa. The rate of play will be 90 minutes for 40 moves + 30 minutes with 30 seconds increment from move one. All games will be commented by GM Robert Cvek. Official website. 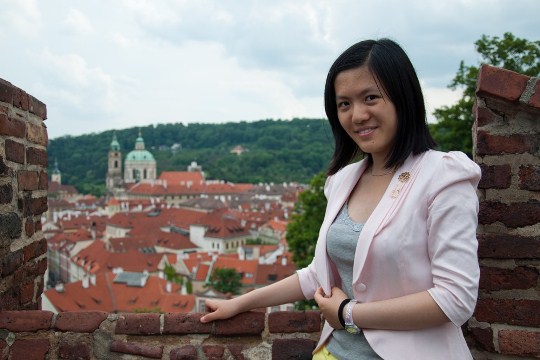 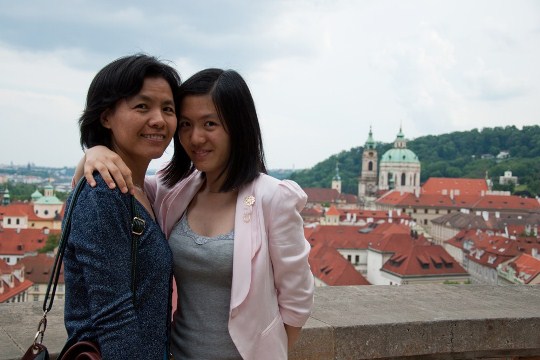 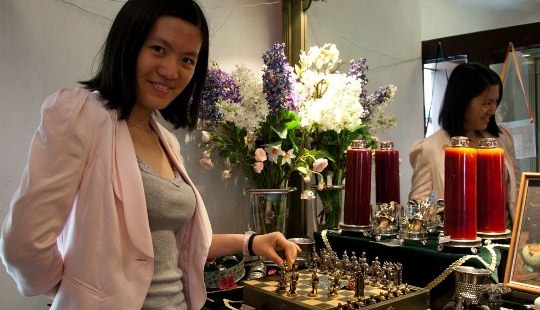 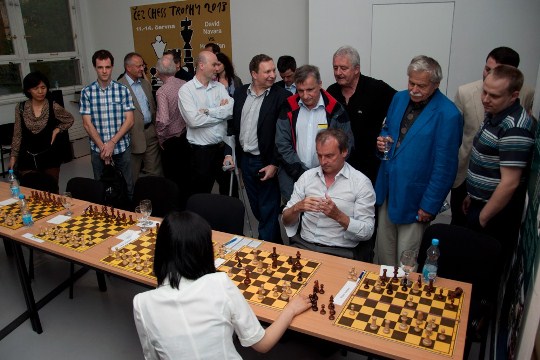 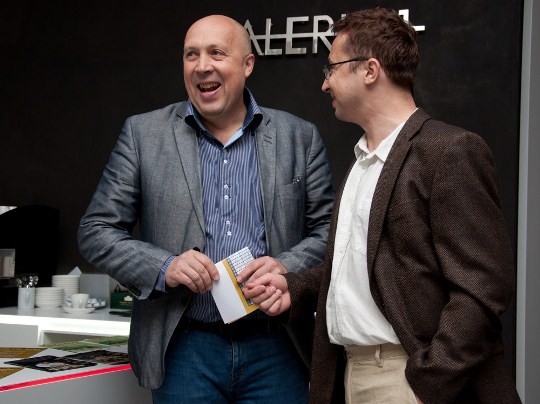 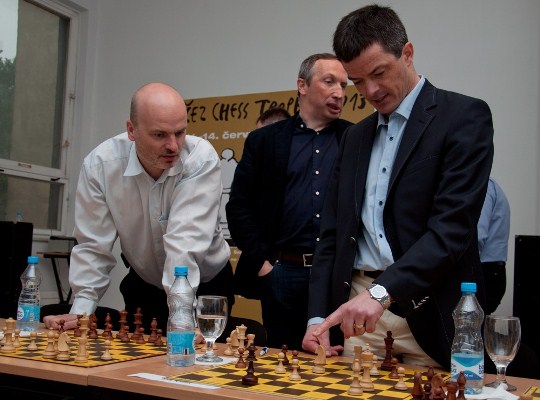