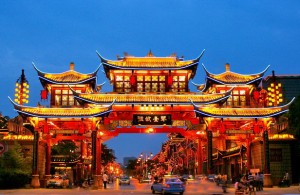 The Chinese Chess Association, in partnership with the International Chess Federation (FIDE), is organizing the fourth tournament of the FIDE Women’s Grand Prix series 2015/2016 from 1-15th July in Chengdu, China.

A round robin tournament with twelve top women players will be held in Wang Jiang Hotel *****.

Chengdu is strongly supporting the development and popularisation of the mind games. The city already hosted the 2015 Women’s World Team Championship and FIDE Presidential Board.

During the Moscow Presidential Board Meeting the decision to have a Grand Prix series with five events in total was made. Each of 20 participants in the GP Series has the right to play in three of the five events.

The player accumulating the highest number of points in the Grand Prix series 2015-2016 will get the right to play a match with the winner of the 2016 World Championship in 2017. If the same player wins both events, the second placed in the Grand Prix circuit will become the challenger.

Prize fund for the Chengdu event is 60.000 EUR, with 10.000 EUR reserved for the winner. A further 15,000 EUR goes towards an accumulated fund for the overall best placed women.