In the crucial final round, Yu held Uzbek Grandmaster Marat Dzhumaev without difficulty in a Sicilian game lasting 33 moves. The tournament is big triumph for the untitled Chinese star Yu Ruiyuan who started as the 13th seed with an ELO rating of 2491 and finished on top of the table. The title win fetches Yu an International Master Norm, as well as a Grandmaster Norm.

As a silver lining, India’s performing star in this event, International Master Akshayraj Kore made his Grandmaster Norm with a solid draw in the final round against defending champion Grandmaster Kravtsiv Martyn of Ukraine. The Nimzo Indian game saw the Indian gaining the upper hand with a pawn up position. But accurate defence by the Ukraine Grandmaster saw the Akshayraj Kore settling for a draw after 55 moves. 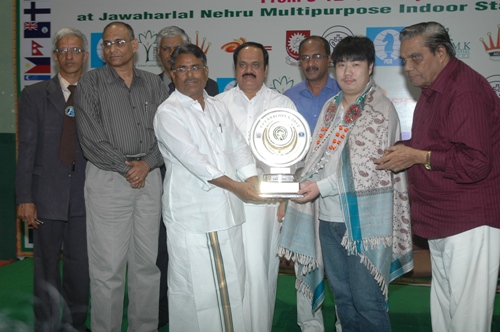