Veteran Ukraine GM Neverov got himself punished for some over ambitious play against Indian youngster Kumar Gaurav. The closed Sicilian game saw Kumar in an attacking mood and Neverov loosened the grip swapping his rook and three pawns for two pieces. It was found wanting as equation was loaded too much against the Ukraine Grandmaster who gave up on 34th turn. The win propels the Bihar boy to joint lead position along with four GMs. 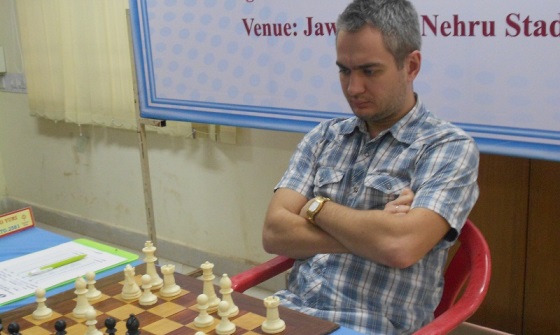 Multiple IM Norm holder Akash Thakur put it across GM Gabrielian Artur of Russia in a Ruy Lopez exchange variation game, where the Indian snatched the advantage with some deft middle game moves. Moving into a rook and minor piece ending to restore parity, the Russian undermined the center passer and lost the game in 32 moves. 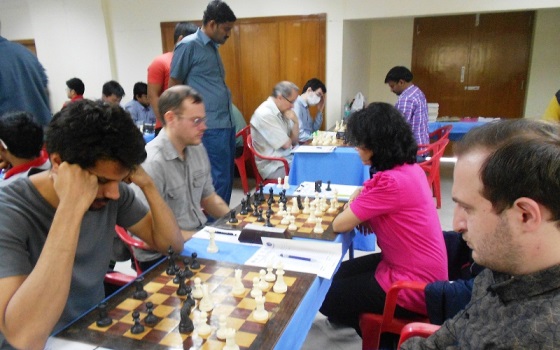 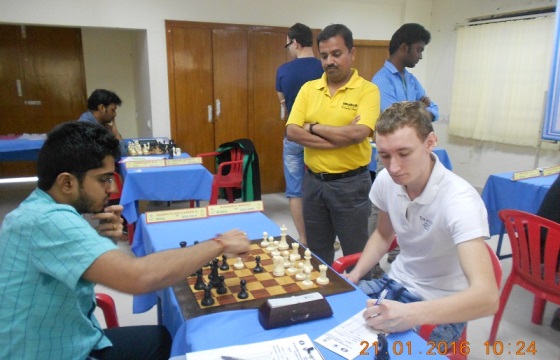