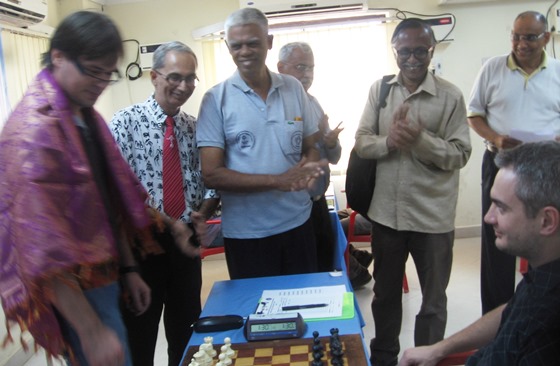 It was the round which saw the upset of the event, when International Master Rathnakaran Kantholi felled top seed Grandmaster Grachev Boris of Russia.

Indian duo Deepan Chakkravarthy and Vijayalakshmi Subbaraman (5.5) kept themselves in hunt for major prizes, staying half a point behind the leaders.

Also at 5.5 points was defending champion GM Ivan Popov who who was held to a draw by Ernst Sipke of The Netherlands in the top board. 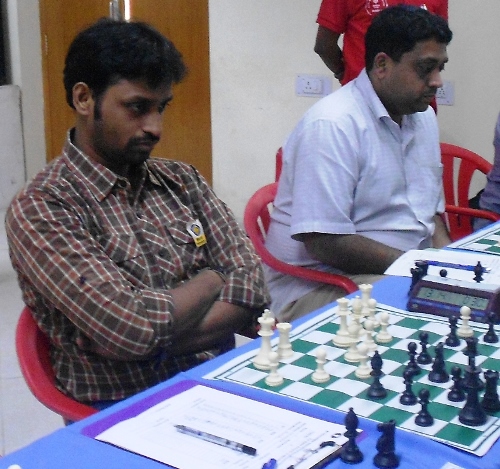