Sharing the lead at 4.0 points with Paichadze Luka (Georgia) were Tran Tuan Minh, Nguyen Van Huy (both Vietnam), Lugovskoy Maxim (Russia), Akash G, Karthik Venkataraman, Shyamnikhil P, Harikrishnan A Ra and Girish A Koushik (all India). Half a point behind at 3.5 points were 11 players including GMs Popov Ivan (Russia) and Aleksandrov Aleksej (Belarus) among others.

Top seeded Russian Grandmaster Alexandr Predke shed his second half a point, against Chennai based International Master T U Navin Kanna and remains at 3.0 points. 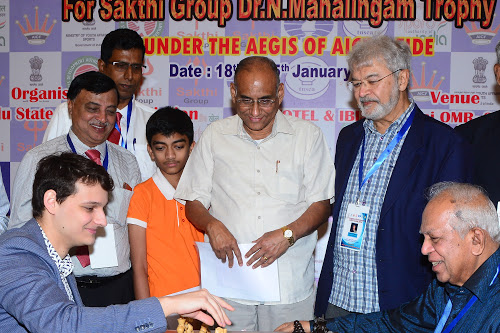 GM Norm holder Akash put it across GM Ziatdinov Raset of USA in a Ruy Lopez game that lasted 46 moves. An early exchange sacrifice showed the Indian’s will to go all out for win. Shattering both sides of the board, Akash kept the Ziatdinov’s king in the centre and finished the game in a flourish giving his rook thereby forcing the queening of his pawn.

Earlier, IM Norm holder G B Harshavardhan (Velammal School, Chennai) scored the biggest win of his career defeating third seeded Russian Grandmaster Rozum Ivan (ELO 2589) in the third round that concluded late yesterday. Rozum side stepped a draw by repetition on the 20th move, but went into an inferior rook ending that Chennai boy fully used to his advantage securing the win after 56 moves. Further, Harsha came up with a steady show today holding International Master N R Vignesh to a draw and is scheduled to meet Grandmaster Stupak Kirill (Belarus) in the next round. 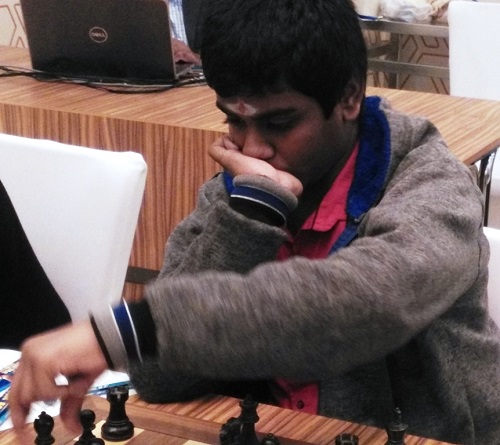 Earlier, the inauguration was preceded by a felicitation for the achievement of second youngest Grandmaster title in the history of chess by Chennai boy D Gukesh (DOB 29th May, 2006). Achieving the final GM Norm in the recently concluded Delhi Open, Gukesh, who is our current World Under 12 Champion, made it on his 12th year, 7th month and 17th day. The Velammal School boy fell short of world record holder Russian Sergey Karjakin by 17 days. Karjakin (DOB 12th Jan, 1990) had completed the GM title in 12 years and 7 months in 2002. 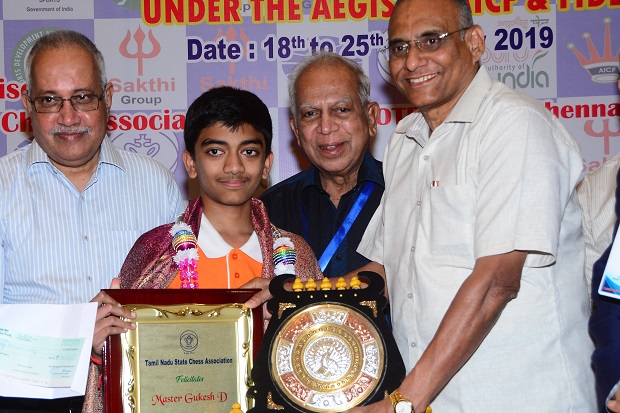 Speaking on the felicitation of GM Elect Gukesh, Mr D V Sundar, Vice President FIDE said, “This boy, Gukesh, is bound to go far, bringing more laurels to himself and the country”.

Mr Frederic Friedel, Co-founder, ChessBase added, “Gukesh shows profound understanding for chess and I see the rising of another Magnus Carlsen in him”.

Mr S Kailasanathan, CEO of Microsense – official sponsor of Gukesh – added, “We could see the talent in Gukesh and were too happy to be of support to him during his great achievement”. M/s Microsense gave a cash award of Rs. 100000 (Rupees one lakh only) to the young achiever. 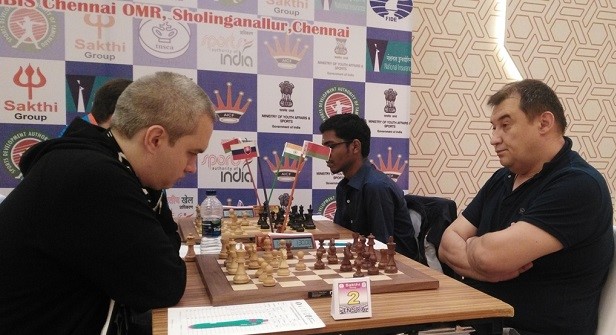 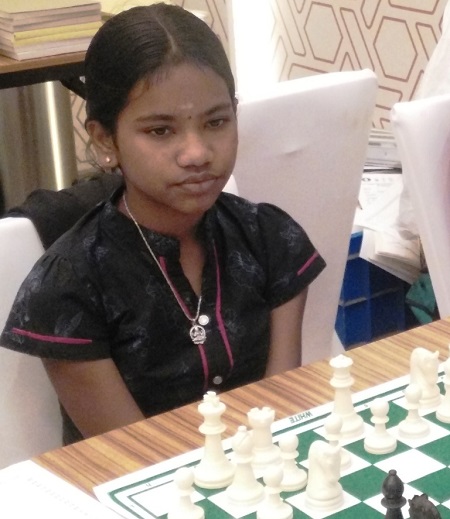