GMs Oleksienko Mikhailo (Ukraine) and Neelotpal Das (India) along with IMs Vishnu Prasanna and Akshayraj Kore (both India) shared the lead with 4.0 points after the fourth round. Following the leaders half a point behind at 3.5 points were GMs Aleksandrov Aleksej (Belarus), S P Sethuraman (India), Ziaur Rahman (Bangladesh) and Hoang Thanh Trang (Hungary) along with 15 other players. 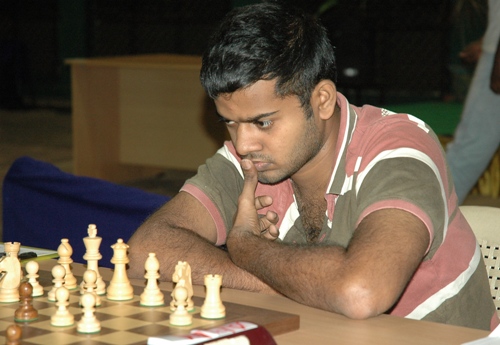 The top board game between Aleksandrov Aleksej (Belarus) and Hoang Thanh Trang (Hungary) ended in a draw after 40 moves. In the upsets of the day, dynamic play on the black side of the Sicilian netted Chennai lad Vishnu Prasanna a full point against Grandmaster John Paul Gomez of the Philippines. It was noteworthy that Vishnu used his king as an active piece in the end game, moving it deep into enemy territory for delivering the final blow. The 46 move victory propels Vishnu Prasanna into the top board against GM Oleksienko Mikhailo (Ukraine) in the next round.

Pune lad Akshayraj Kore punished Uzbek Grandmaster Dzhumaev’s tentative play in the Evans Gambit. The sacrifice of an early pawn, could not fetch much of an initiative for the Grandmaster, as Akshayraj increased his advantage and forced Dzhumaev to give up after 39 moves. 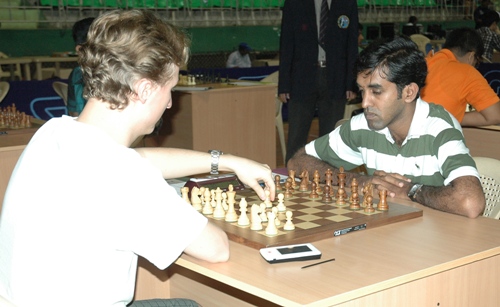 13-year-old S L Narayanan found his touch on the right occasion, as he played his black pieces with great enterprise. The middle game tilted in the Indian boy’s favor, as he went for a king-side initiative forgoing his castle. The Philippino Grandmaster Mark Paragua, misjudged the force of black’s attack, and resigned facing check mate or heavy loss of material. 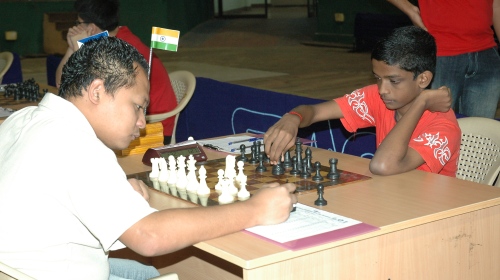 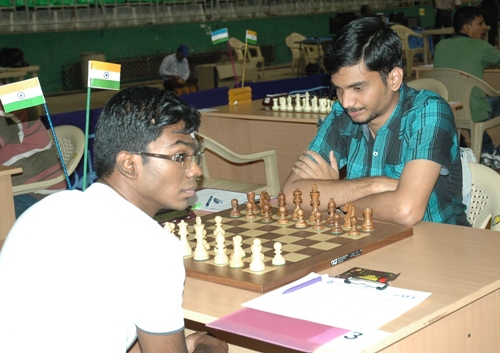