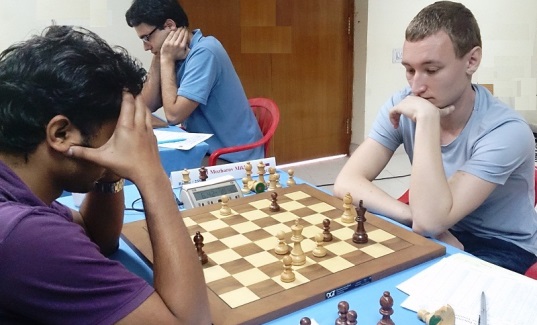 The top board game Grunfeld game between Swapnil Dhopade and Mozharov Mikhail had all the thrills, spills and excitement loaded to it. Mozharov sacrificed a pawn as early as the seventh move, but found Swapnil a tough nut to crack. Queens were off the board by 21st move, while a series of exchanges left Mozharov a pawn down in an opposite colored bishop ending. In the fourth hour of play, Mozharov missed Swapnil’s stunning 37.Bf7 which effectively decided the game in favor of the Indian.

With an ELO 2765 performance Swapnil stands to gain 23 rating points, so far. Three rounds remain to be played in the ten round Swiss event. 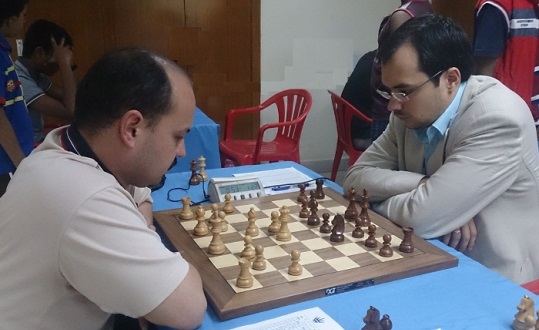 Category “A” – Main Results Round 7 (Indians unless specified) :

The second place was shared by Dusthageer Ibrahim M (TN), Toshali V (AP) and Harshini A (TN) at 7.5 points. 372 players played in this nine round Swiss event, including two FIDE title holders. 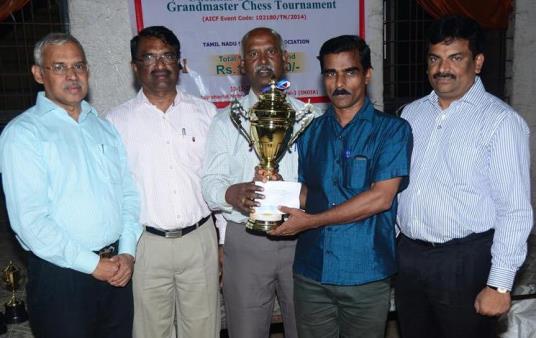