A small but fast growing community is using chess to improve social relations and wellbeing. The game may help to prevent dementia, it is used in prisons, and it is tested in therapies against addiction.

Most recently, activists in numerous countries showed the great potential of chess in the integration of refugees. Even school chess is no longer only about cognitive development and academic achievement but increasingly emphasises inclusion and integration.

The third London Chess and Education Conference is addressing this development unter the theme “Chess and Society”. On 5 and 6 December 2015 experts and activists from all more than 25 countries on all continents will come together as part of the London Chess Classic. 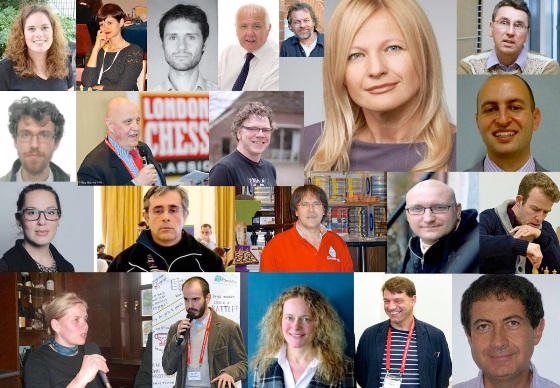 While school chess is still the main area, and educational chess materials are exhibited, more than twenty topics are covered by lectures, debates and workshops, out of which “Social Opportunities for Chess Federations” should be of special importance to federations that are thinking beyond chess as a sport.

In order to support those who start projects and are bringing the social benefits of chess to a new level, the first “Social Chess Entrepreneurship Bootcamp” has been added. This programme, consisting of lectures, workshops and a competition, is held on 4-6 December 2015 before and during the conference.

The ECU is teaming up with Chess in School and Communities, the charity behind the Classic and chess in more than 200 UK schools, to enable six stipendiates from Europe to take part in this: Radislav Atanasov (Bulgaria), Luis Blasco de la Cruz (Spain), Alessandro Dominici (Italy), Martina Korenova (Czech Republic), Patrick Reinwald (Austria) and Hedinn Steingrimsson (Iceland).