The 7th and 8th rounds were played this weekend. The favorites mostly won their matches and maintained their good records in the standings. Baden-Baden still has a perfect score, but is closely followed by SG Solingen, that just drew one match.

The round played on Saturday saw the strongest team Baden-Baden featuring one of its many stars, the Armenian Levon Aronian. Even with this strong player on the line-up and a big rating advantage in all the boards, the favorites only managed to beat the SF Berlin with a 5-3 score, thanks to victories in the 2nd and 3rd boards by the champion of the B Group of Tata Steel, Arkadij Naiditsch -who will be playing in the GRENKE super-tournament later this month – and  the French super-GM Etienne Bacrot.

The most exciting encounter of the 7th round was the clash between SC Eppingen and Emsdetten – the latter had a worse rating average but managed to tie the match, thanks to a victory in board 3, where the Georgian GM Michel Mikheil Mchedlishvili beat the Indian GM Pentala Harikrishna, who arrived to Germany after a good performance in the A Group of the Tata Steel Tournament. 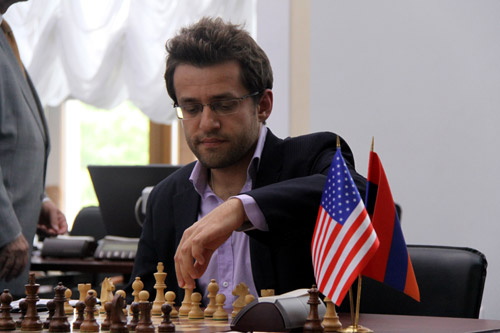 Aronian got 1.5/2 points for Baden-Baden

Baden-Baden was ruthless this time, they beat the lower rated Forchheim 6.5-1.5. The only surprise in this clash was the loss of Naiditsch against the German FM Leon Mons.

Regarding the match results, the surprise was given by Hamburg, who beat Wattenscheid 4.5-3.5 thanks to wins by the Dutch GM Sipke Ernst and the experienced Slovakian GM Lubomir Ftacnick. 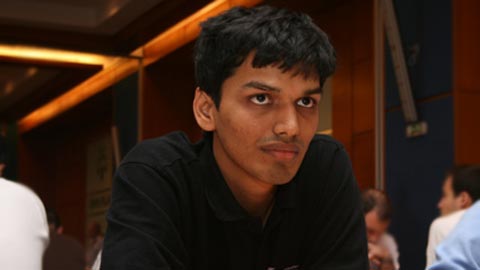