Well-known WGM and television host Elmira Mirzoeva gave a simultaneous exhibition on Thursday, April 18th at the observation deck of the Ostankino television and radio tower located in Moscow, Russia.

This worked as a way to commemorate the 18th anniversary of the Ostankino Chess Club. To open the event, the director of the club Nazim Mirzoev reminded the audience that, five years ago, a simul was given by Mirzoeva when the club only counted with 10 people. Now it has more than 150 members including some that come from other companies.

The chess exhibition finished with a 7-2 score in favor of Mirzoeva, who was in a very relaxed mood, as she even helped her rivals make the best moves in some occasions.

At the end of the event, Nazim Mirzoev mentioned the possibility of making the event a Guinness Record as the simul held at a highest altitude in the world. 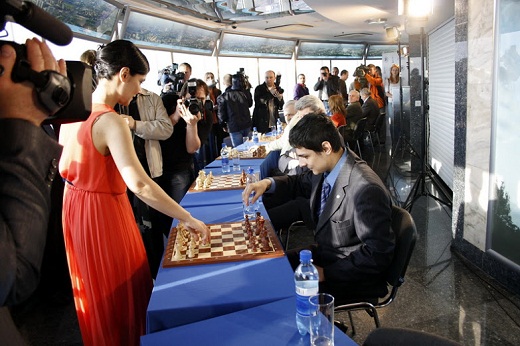 The simul is about to begin 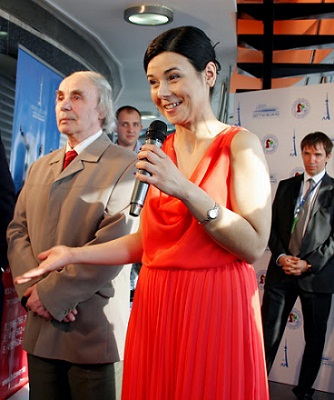 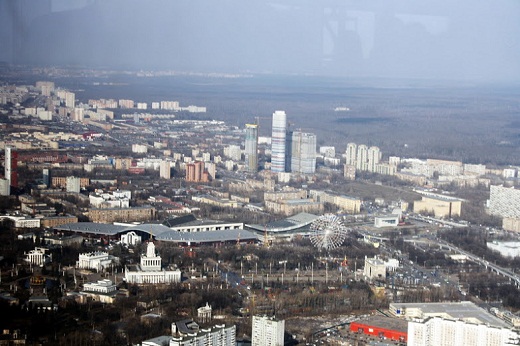 The impressive view from the Ostankino Tower