More than 250 participants, including 130 GMs and more than 200 players with international titles from 27 different countries, started playing round 1 of the EICC. With 23 World Cup places at stake, all players entered the long battle with high desire for decisive games. Exactly this desire, combined with the high rating of the opponents, led to multiple surprises on the boards.

So many games, so many beautiful educational examples! Chess Insider, the daily magazine in pdf and pgn, cannot cover all the master examples of the round. However, we have made a selection and analysis of games which serve as practical lessons, bring a moral, and can help you upgrade your tactical skills.

The first game is the loss with white of the top seeded GM Korobov against FM Kirill Alekseenko. The second game is an instructive victory by GM Tomashevsky.

In this issue we also include a 12 move miniature and we test your skills with a difficult puzzle. All of this is to gear up for the coming big clashes in EICC, as well as the Candidates Tournament in Khanty Mansiysk.

Subscribe for 20 issues in the month of March here covering EICC, the Candidates, and the most instructive games of the day. 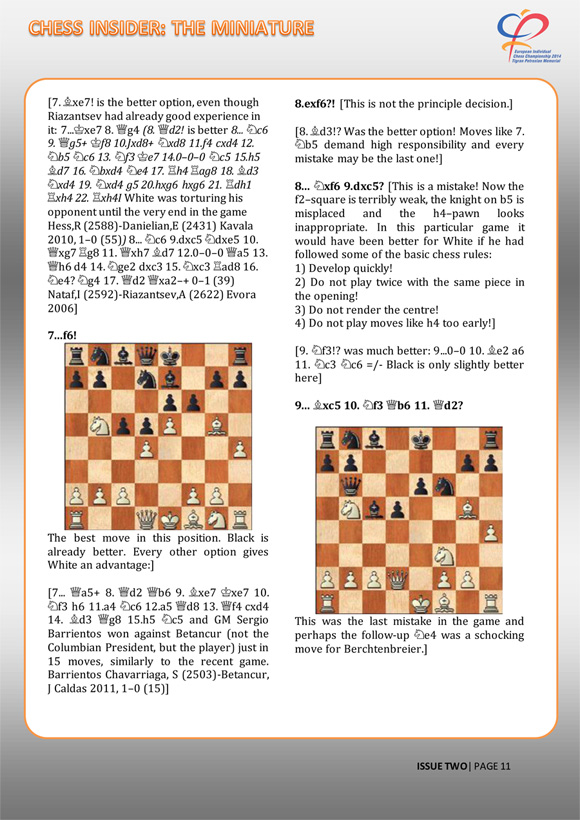