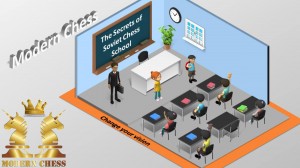 Modern Chess is not just a magazine, it is a digital classroom in pdf and pgn

If you like chess magazines in pdf and pgn, this Chessdom shop product is for you! The month of October is here and we are ready to present you a full 250+ pages from analyses and lessons from top chess commentators. The pack includes Modern Chess 3, Chess Times (endgames), and Chess Insider (World Chess Cup), all in pdf and pgn that arrive daily in your email.

Get the magazines discount pack for only 35 eur here

Modern Chess is a magazine by GMs for club players, dedicated to openings, theory, game strategy and much more. The broad team of GMs headed by GM Grigorov brings yet another amazing edition of Modern Chess, part of the Chess magazines packs

* The importance of the initiative in endgame (GM Boris Chatalbashev)