The European Club Cup was held on 19-27th October at the Rodos Palace Hotel on Rhodes, Greece.

The local chess club Ippotis Rhodes was actively involved in the organization, provided several arbiters for the event and registered a team that competed in Open section.

GM Zurab Azmaiparashvili, Deputy Minister of Sports in Georgia and head of Appeals Committee in ECC, and Theodoros Tsorbatzoglou, ECU Board Member, visited the club premises in the city of Rhodes. 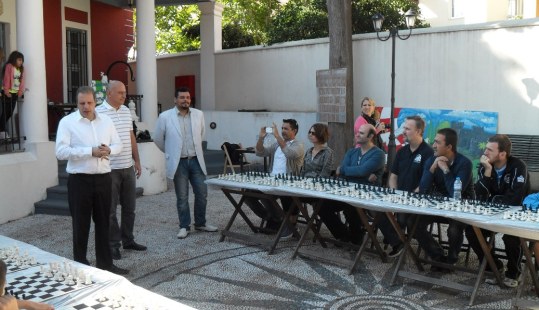 The club Ippotis (conveniently “Knight” in Greek) was established in 2008 and moved into the new quarters at the beautifully restored Ali Hilmi Pasha Mosque in 2011.

Azmaiparashvili and Tsorbatzoglou played a simul with club members on 22 boards (17+5) in a relaxed and friendly atmosphere. The final score 21 wins and 1 draw for the masters.

The club President presented the guests with plaques. 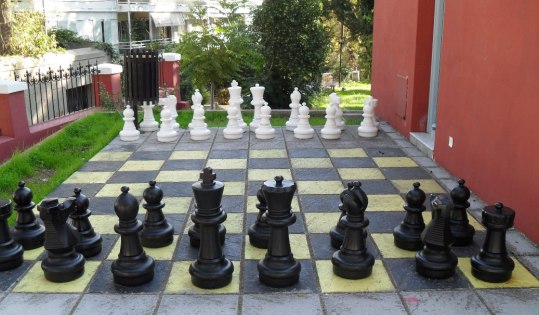 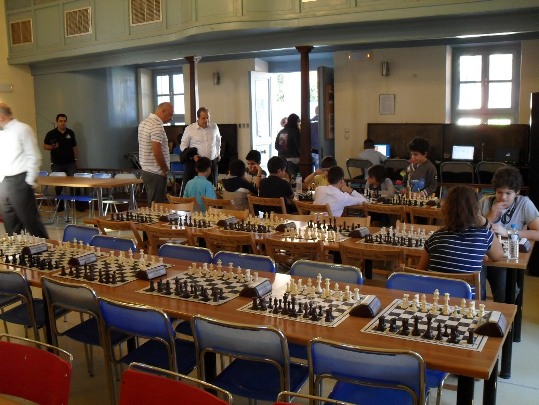 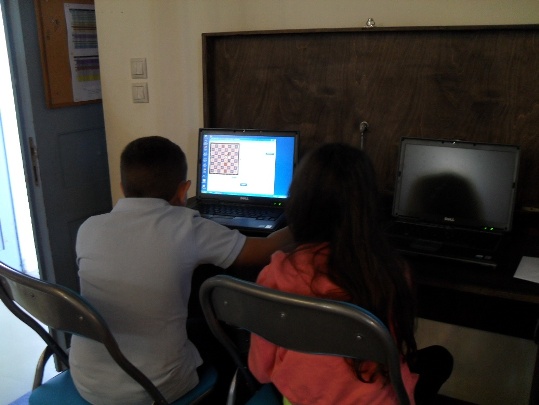 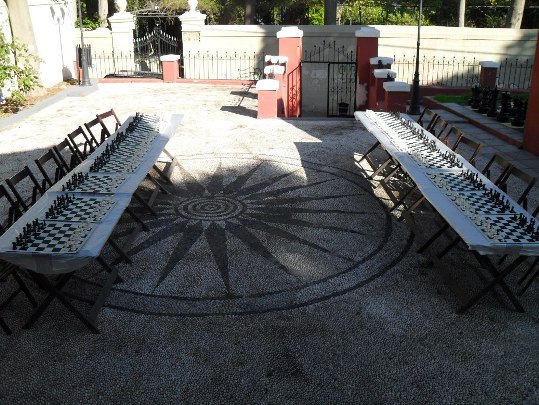 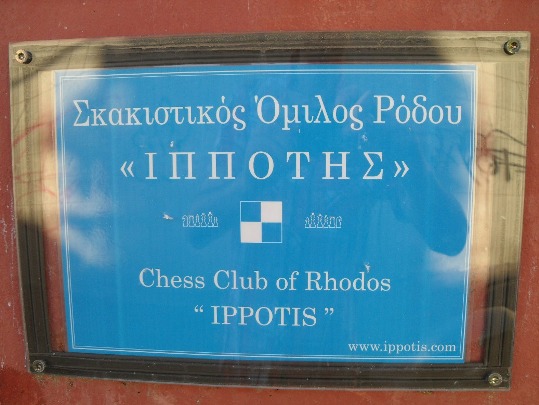 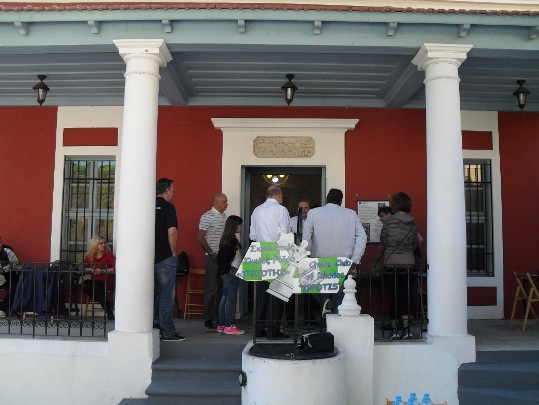 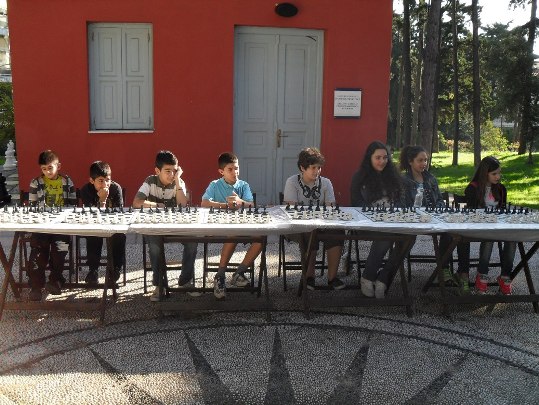 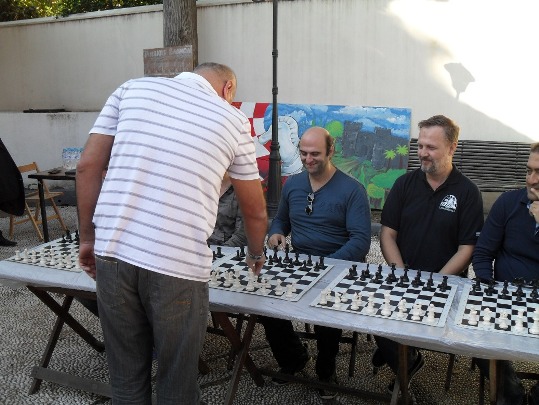 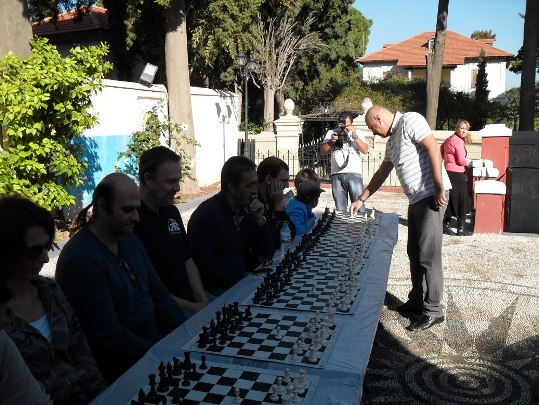 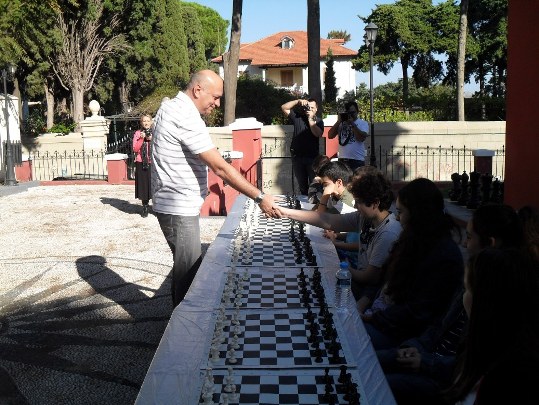 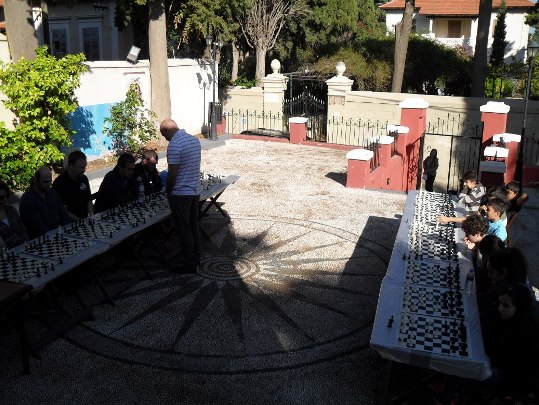 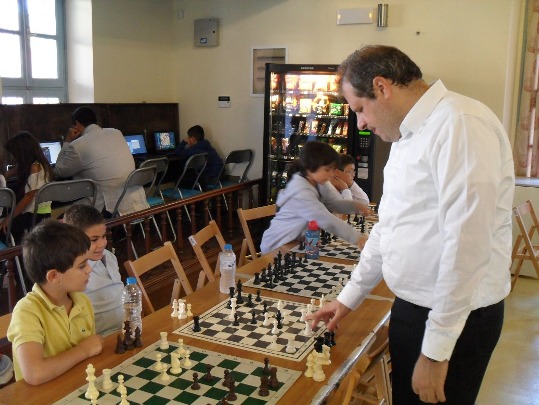 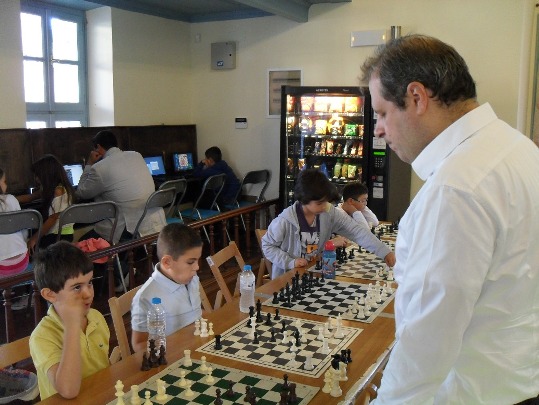 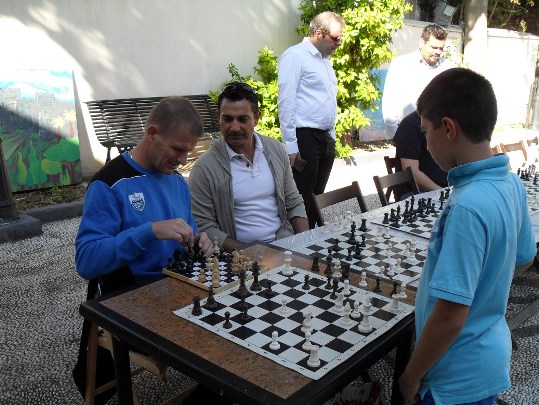 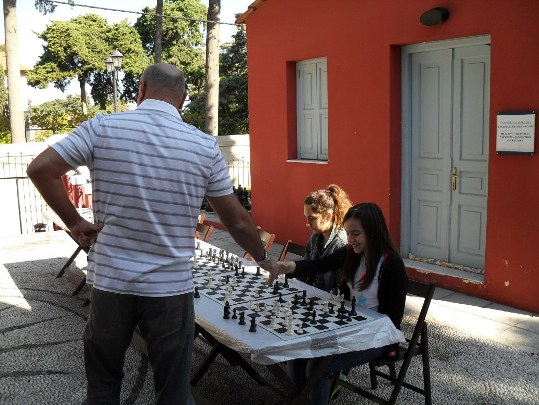 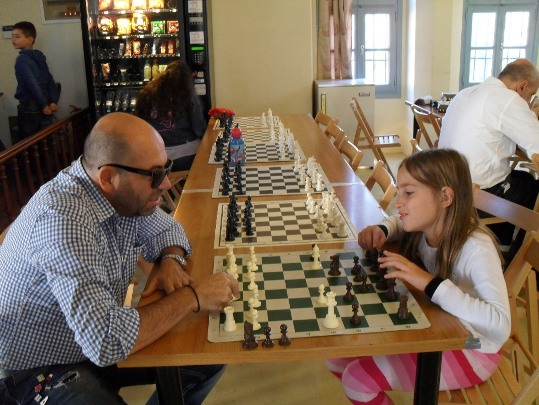 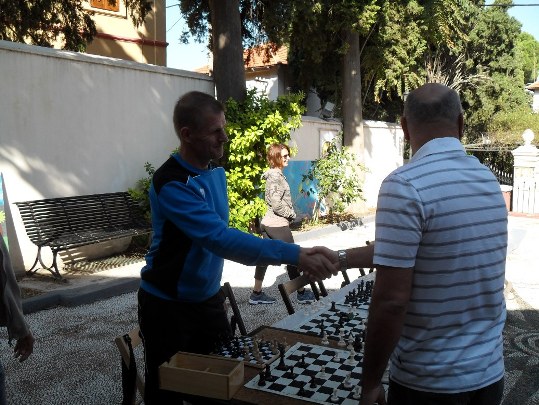 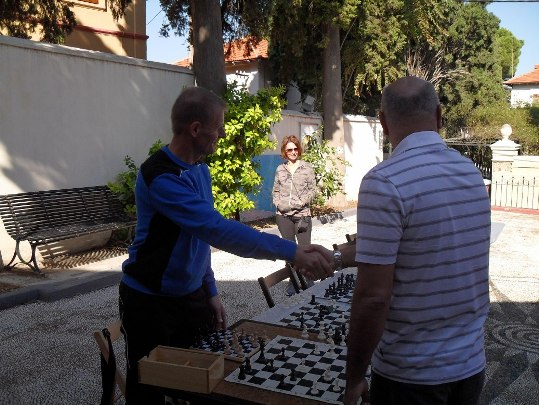 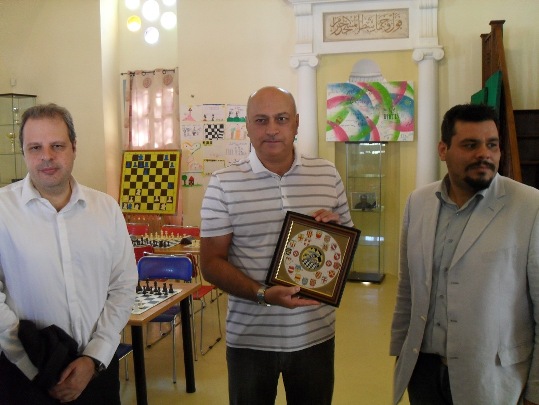 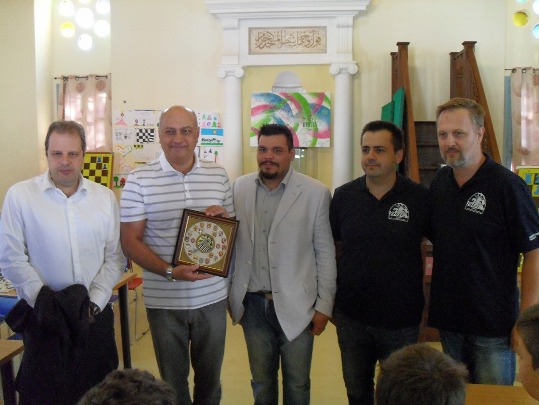 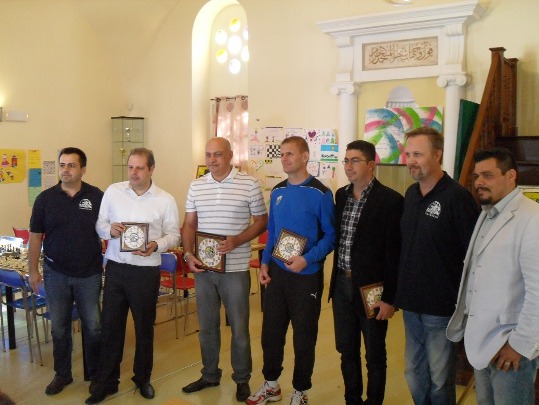