With the Chess Olympiad starting today at 15:00 CET, more than 1500 players are going into fierce battles on the chess boards. CHOPIN will be a weapon of many participants, and a weapon of many chess fans that will follow the 600+ live games

Most readers are already familiar with CHOPIN, and what it stands for: CHess OPenings INternet service. Following our opening analyses and recommendations has been a recipe for success for many players around the globe, so it’s no wonder that www.chessopenings24-7.com has been officially recommended by the Association of Chess Professionals (ACP).

We have already completed 70% of the entire opening theory, and the depth and the quality of the regularly updated content stand high above all other commercially available opening encyclopedias. Our GM team has been using our 15-million reference game database to produce daily additions to our service: new opening lines are regularly posted on Mondays, Wednesdays and Fridays, Tuesdays and Thursdays are the days for publishing revised and updated opening lines and articles, and our new opening articles appear on Saturdays and Sundays. In a nutshell, here’s what you can expect from us:

• Extensive analyses that you can trust;
• Fresh ideas and recommendations at every turn;
• Plenty of choices for all strength levels, ranging from beginners to international level competition;
• Clever choice of forgotten (dusted off) opening lines with completely new flavor.
• Playing openings on equal footing with the best even if you’re an up-and-coming or amateur player.

Let’s take a look at several screenshots from our recently published opening lines and articles, just to give you a foretaste of the goodies available on our site: 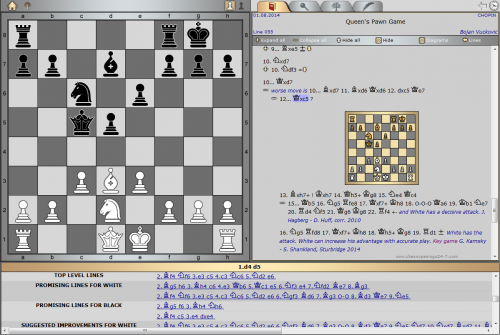 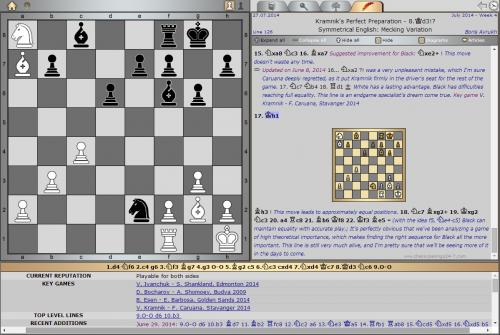 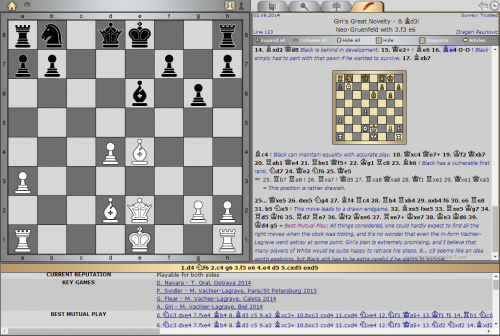 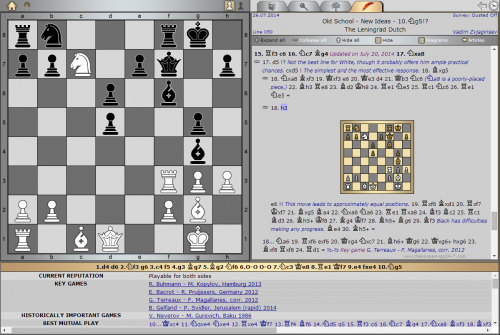 We have already done your homework, and the rest is up to you: with Chess Openings 24/7 you will always be only a few clicks away from your daily dose of top-notch opening theory. Visit the official website for all novelties and studies.