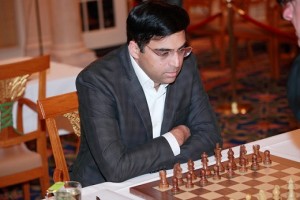 The Deccan Chronicle informs that the project to make chess a compulsory subject is moving forward in Tamil Nadu, India. This enthusiasm can be derived from Vishwanathan Anand‘s successful defense of the World Championship title last year.

With chief minister J. Jayalalithaa’s keen interest to develop chess similar to other sports in the state, it is reliably learnt from the administrators that schools would allot one session for chess daily from the coming academic year.

“A few schools like government higher secondary school in Sholinganallur have already introduced the game among students. We expect the game to be made mandatory from the ensuing academic year as CM wants to develop this game,” said Dr N. Vijayan, principal and correspondent of Zion group of scho­ols and president of Kanch­eepurm District Che­ss Association.

The government has also decided to assess student’s skills in the royal game and award marks for their achievements which would add up to the final marks as part of continuous and comprehensive evaluation (CCE). “The CCE marks will also be considered for promotion,” he added.

Terming state government’s move to introduce chess in schools as a positive one, Dr Vijayan pointed out that the world chess championship scheduled for November in Chennai would kindle student’s interest besides giving fillip to the game of 64 squares.

Adding that the state government had opted Kanch­e­epuram as model district to implement chess in schools, Tamil Nadu State Chess Association secretary V. Hariharan noted that at least one teacher in every government school would be trained in the game.

“Last year, the chess association conducted several camps at district headquarters to train physical education teachers. While the first step has been taken, we hope to follow it up with advanced training soon,” he said.

With chess being made compulsory in Tamil Nadu schools, soon we can expect children to use the terms like Ruy Lopez, Sicilian Defense and stalemate liberally as they use the cricketing terms like LBW, square cut and bouncer today, aver chess enthusiasts.