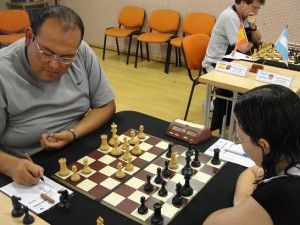 The Spanish version of Chessdom is closely following current and upcoming events in the Spanish and Latin chess world. Here are some of the most important upcoming events. Among them are the ongoing closed tournament Magistral Edith Soppe, the coming Capablanca Memorial, San Sebastian, Andorra Open, the 38th Roda tournament, and Campeonato Europeo Femenino de ajedrez.

The XXXV edition of the tournament will take place March 31 – April 7. With a nice prize fund and a txapela for the winner, the traditional event is expected to collect strong participation from the local and international community. The event is played at Paseo de Anoeta 20 (Frontón Karmelo Balda), Donostia – San Sebastián.
More information here

Abierto de Ajedrez de Andorra
The 30th edition of Andorra Open will take place 21-29 July in Hotel Sant Gothard, Ctra. d’Arinsal s/n. Erts (La Massana), Andorra. With a prize fund of 10 500 eur and traditionally strong participation, it will be one of the top opens of the season.
More information here

Boletín Semanal de Chess Evolution (CEWN)
Of course CEWN has also converted into a major chess milestone in the Spanish and Latin America world, with the edition in castellano
All about CEWN and free download in Spanish here