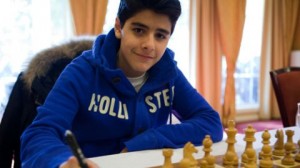 Two women were awarded the WGM title – Miranda Mikadze from Georgia, who is currently competing in the Georgian national championship and the young hope of Greek chess Stavroula Tsolakidou

Here is a full list of all titles awarded by FIDE at the Presidential Board.

The number of official arbiters and organizers has also increased by a considerable amount. Here is the full list from Moscow.